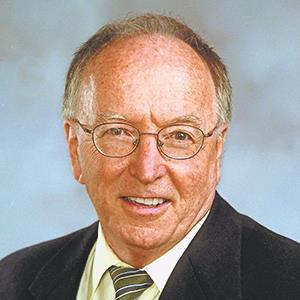 Not the right person? See All ›
LOCATION
Knoxville, Tennessee

Daniel Allen Carroll, age 78, died peacefully on Tuesday, November 28, after a long illness. The son of William Henderson Carroll and Frances Tedder Lumer, Allen was born in Shelby, NC, but spent 13 years of his childhood in the Baptist Children's Home in Thomasville, NC. He graduated from Wake Forest University in 1960, obtained his M.A. from the Claremont Graduate School in 1962, and completed his Ph.D. in English literature at the University of North Carolina at Chapel Hill in 1970. In 1962, Allen returned to Wake Forest as an instructor, beginning a lifetime of university teaching. He joined the faculty of the University of Tennessee, Knoxville, in 1969. He served as head of the English Department January 1992 – July 2002. Allen was an insightful department leader, especially remembered for tightly run faculty meetings, highly effective letters of recommendation, and "Head Starts," the short inspirational speeches he gave to the teaching staff at the start of each academic year. In 2002, Allen was awarded the J. Douglas Bruce Distinguished Professorship. He officially retired in 2005 but continued teaching until 2008.

Although Allen was a respected scholar of Renaissance literature, his great love was teaching. Over his long career at UT, he taught everything from Homer to modern novels. However, Shakespeare's plays and poetry were his passion, and generations of undergraduate and graduate students came to understand and love Shakespeare through his classes. He also taught many groups of students in UT's Drama in Stratford-upon-Avon and London summer class. After retirement, Allen taught Shakespeare's plays to adults, especially fellow retirees, in the Oak Ridge Institute for Continuing Learning. Allen received several teaching awards including the UT National Alumni Outstanding Teacher award in 1989 and the Outstanding Teacher Award from the South Atlantic Association of Departments of English in 2005.

He participated fully in service to the university as a member or head of various review, award, search, and graduate committees and on the Academic Review Board. Allen was devoted to his family and especially to his children, Katherine and Andrew. He engaged in their lives, teaching them tennis, coaching soccer, and helping with Andrew's Scout troop. For more than 50 years, Allen played tennis with great focus and joy. He was still working on his serve when a stroke ended his game. He also eagerly participated for many decades in bi-weekly "probability seminars" and often said that his poker buddies would be his honorary pallbearers.

Allen was preceded in death by his parents; his beloved son, Andrew McQueen Carroll; and his sisters, Charlotte Elizabeth Jones and Marjory Duty. He is survived by his wife of 47 years, Elizabeth (Lisa) Wright Carroll; his daughter, Katherine Blue Carroll; son-in-law, Mark Crisci; and granddaughter, Andrea McQueen Carroll, of Nashville. He is also survived by his brother, Charles Marion Carroll, of Greensboro, NC; sister-in-law and brother-in-law, Becky and Jeremy Atack of Brentwood, TN; and sister, Marie Durham of Nanjemoy, MD. Allen will be missed by his nieces and nephews, Chuck Carroll, Laura Carroll, and grand-nephew, Henry Trent, all of Greensboro, Elizabeth Atack and Bryce McCloud of Nashville, Mary and Casey Allen of Miami, FL, Thomas Atack of Bloomington, IN, Laura Atack and Chris Rapking of Columbus, OH, David Jones of Baltimore, MD, and Madge McQueen of Louisa, VA. He will also be missed by devoted caregivers, Janelle Allison (two years), Thomas McLeroy (one year), and recently Tisha Frazier.

I am greatly saddened to learn of Allen's passing. I have fond memories of him from early childhood when I was one of Katherine's pals and later when a student in Allen's Shakespeare class. Love and deepest condolences to Lisa and Katherine.

I had the privilege of having Dr. Carroll as a professor during my undergraduate years at UT and also of having taken the summer session in Stratford and London. I will always remember his passion for Shakespeare and Renaissance poetry and his passion for teaching with great admiration and respect. He was an inspiration to me and one of my favourite professors. My thoughts and prayers are with his family.

Lisa, so sorry to read this and I send my condolences to you. I know that you miss Allen but hope that you are finding peace and serenity in these days.

Just wanted you to know that I am thinking of you at this time. I know things have been difficult for you recently and hope you can find peace.

I only knew him briefly when we met for lunch twice to talk about Robert Greene's "Groatsworth of Wit," but he epitomized the gentleman scholar.

Dr. Carroll was a wonderful scholar, teacher and mentor. He will be missed.

I remember Allen well from our shared time as students in Chapel Hill--he was without doubt an important member of our community there, as he was for so many years later at the University of Tennessee as a teaching and publishing scholar. We are all fortunate to have had such a lively and intelligent scholar as our friend.

Very sorry to hear this. He was an exceptional educator and a fascinating person.

Allen was a dear friend for almost 50 years and was both a colleague and fellow member of our probability seminar, which we both joined upon arriving at UT. His passion for, and excellence in, teaching was truly remarkable. He also was an avid supporter of the UT Theater program. I will miss his wit, charm, and friendship.