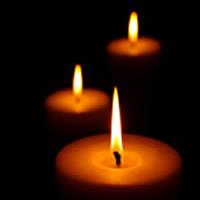 He was born on March 13, 1961 in Bluffton, Ohio to the late Joseph E. Pope and Marcene (Zimmerman) Pope.

It was his wish to be cremated.  Private family services will be held at a later date.

Memorial contributions may be made to Hanson-Neely-Allison Funeral & Cremation Services, P.O. Box 38, Ada, Ohio 45810 for the benevolence of the family.

I'm so sorry to hear about Dan, he was always a happy person who put a smile on everyone's face. My prayers are with him and his family.

I am sorry to hear about Dan. The family is in our thoughts and prayers.

I am so very sad and sorry to hear this. My prayers to his family and to all who were blessed to know him in Ada as he seemed to truly enjoy visiting with people.