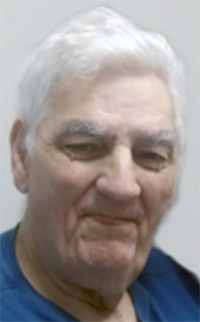 Daniel D. West, 73 of Kirksville passed away Saturday, September 19, 2020 at The Pines in Kirksville.

The son of Glen and Alice (Chrisman) West, he was born December 25, 1946 in Kirksville, Missouri. He attended country school in Putnam County until moving to Kirksville here he attended Kirksville Schools. He studied and became a certified auto mechanic. He worked several jobs throughout his career.

Daniel enjoyed spending time with family and friends and traveling. He was a kind and trustworthy friend to all. He was a jack of all trades and would do anything for anyone. He always had a kind word.

He was preceded in death by his parents; two brothers, Leon West and Chris West; and two nephews, Kevin Wood and Nathan Dunlap.

Visitation with the family will be from 11:00 a.m. to 1:00 p.m. Thursday, September 24, 2020 with funeral service at 1:00 p.m. at Davis-Playle-Hudson-Rimer Funeral Home. Burial will be in Pleasant Home Cemetery in Worthington, MO.

Memorials in memory of Daniel are suggested to the West Family.