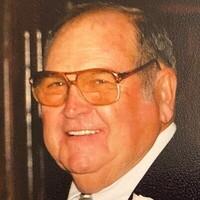 David Franklin Bray went to be with his Lord and Savior Jesus Christ on Wednesday morning, September 1, 2021.

David was born in Lockett, Texas on August 28, 1932 to David A. Bray and Elizabeth Blume Bray.  He married Vanetta Judd Pieratt in 2004.  He was a member of Country Chapel Assembly of God Church.

David was employed in the food industry for most of his life.  He cooked in several restaurants as a young man before cooking during his military service in the Army and National Guard.  He then owned a restaurant in Whitesboro, Texas.  While in Whitesboro, David became a member of the Masonic Lodge.  He later owned several produce companies before being employed by Ben E Keith’s.  He then became a produce broker and continued with that until recently.  His hobbies included tinkering with lawn equipment and cooking for church functions, but most of all he loved to talk and tell stories.

In lieu of flowers, the family suggests donations be made in honor of David to Hospice of Wichita Falls, 4909 Johnson Rd., Wichita Falls, TX 76310 (howf.org)

Condolences may be sent to the family at www.owensandbrumley.com

Much love and peace to you,

Our deepest sympathies for your loss. David was a very kind man who had so much love for his family. He was such a positive person who always had a grin on his face. We pray that the family has peace and comfort through the difficult days ahead. Henry and Donna Abernethy

Vanetta and Mona and family I am so sorry for your loss. My prayers are with you.