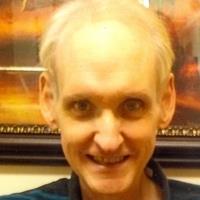 David Richard Brink was born on December 15, 1961 and passed away on January 14, 2021 at Avera  McKennan Hospital.  He spent the early years of his life in Huron, SD.  David then moved to Sioux Falls in 1990 where he worked for Citibank and in 1992 he began working for Midco Communications.

David graduated from Huron High School in 1980 and attended the University of South Dakota and Northwest College of Commerce.  He graduated from International Travel Academy in Dallas, TX.  He enjoyed traveling and music.

David was a long time member of the First Baptist Church in Sioux Falls.  He is survived by his sister, Patricia (Mark) Conley and nephew, Ruston Conley of Arizona.  He was preceded in death by his parents, Lucille and Russell, and grandparents.

Funeral services will take place on Saturday, January 30, 2021 at 11:00 a.m. at Heritage Funeral Home.  Family will be present one hour prior for visitation.  Burial will follow David’s service at Woodlawn Cemetery.

Heritage Funeral Home is inviting you to a scheduled Zoom meeting.

With heartfelt sympathy and much love to you. David will always hold a special spot in my heart.

In loving memory of David Brink, David was awesome. We talked nearly nightly and got together as often as possible. If we didnt make it out to eat then I was making it out to Covington Heights where he was a resident. We would go out to eat at HyVee then we would, go around in our respective wheel chairs, and go up and down every isle. I had rehab at Covington Heights as well. He didnt recognize me right away, and 2 weeks later he was calling me and filling in the blanks who I was. Lol...when...

David, as a child, was so full of energy and always loving and kind. A special memory is a Thanksgiving dinner in Maplewood Mn - he was a teenager - everyone else left the table and we talked for a long time and then we cleaned up together. He loved music and I believe he is listening to the most beautiful music imaginable right now. My love and prayers to Pat, Mark and Ruston. Aunt Judy

I met David through our church, my partner and I spent a lot of time with David over the years. He always had a good spirit about his constantly horrible health problems. Few people I know struggled with health as bad as David did.

David would tell us stories of when he was younger and went with his mom to teach English in China. He had self-deprecating humor and loved to read the book of Mormon.

David was always kind to me, He always had a smile and a kind word....

My condolences to David's family. We had attended James Valley Christian early on in our high school days together. I pray for the Lord's peace for the family.

Our sincere sympathy & condolences to David's sister & family & friends. David was a very kind, caring & compassionate friend. We knew David when we lived in Sioux Falls & he was a roommate. May God Bless you all & may you know that God made a great man. May his memory be cherished by all who knew him. Doug Baack & Ted Cook