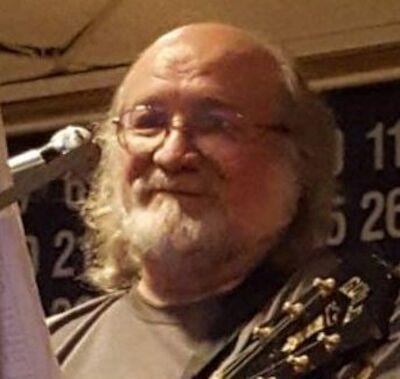 Not the right person? See All ›
AGE
67
LOCATION
Lafayette, Indiana

Lafayette - David A. Burnett, 67, of Lafayette, passed away on Sunday, October 18, 2020 at IU Health Arnett Hospital.

He was born December 28, 1952, in Lafayette, to the late Edward P. and Ethel L. Carlisle Burnett.

David graduated from Wainwright H/S. David worked at Fairfield Mfg. for over 40 years in the assembly deptarment.

He was a member of UAW Local 2317, Fraternal Order of Eagles Aerie 347, and Frankfort VFW 1110 Auxiliary; where he recently received a Honorary Commanders Medal.

David enjoyed playing and preforming with his band "South". He also had a strong passion for riding his Harley. He was a collector of many things but most importantly Coca-Cola memorabilia. Anybody who knew David knew that he was a selfless and caring man who would give you the shirt off his back.

David was preceded in death by his brothers Larry and Paul Burnett.

Service will be 10:00 am on Saturday, October 24, 2020 at Soller- Baker Funeral Home 400 Twyckenham Blvd. Lafayette. Interment will be at Tippecanoe Memory Gardens West Lafayette.

Memorial contributions may be made to: Fraternal Order of Eagles Aerie 347, and Frankfort VFW 1110 .

You may leave condolences and memories at www.soller-baker.com

Dave was a great guy that always had a kind word and a huge smile! You will be missed!

John and family, I am so sorry for your loss. My deepest sympathies.

David was a great friend , always checking in with me to make sure I was ok. A Soft spoken kind person with an amazing musical talent. I Loved him like a brother. God Bless all family and friends, He will be forever missed.

RIP my friend. I will mot be at the showing due to the virus. Ron my show up condolences to your family.