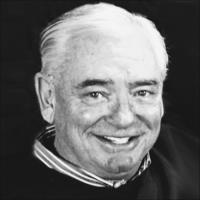 CUNNINGHAM, David J., Sr. David J. Cunningham, 73, Lowell, formerly of Lexington passed away on Monday, September 24, 2018 in Boston with his loving family by his side. He was the beloved husband of Marcia Cowdrey Cunningham, who survives him. David was born in Lowell on Nov. 22, 1944, to the late Joseph A. and Virginia E. (Pinkerton) Cunningham. He was reared and educated there. He graduated in 1962 from Lowell High School, where he was a member of the Boy Officers Regiment and engaged in multiple sports. He was a graduate of Lowell Technical Institute, now University of Massachusetts-Lowell. David was awarded in 1987 the Robert Watt Fellowship at Harvard University. He was retired from J.C. Higgins, an Emcor Company. Before working at J.C. Higgins, David was the business agent of Boston Local 132, Plumbers and Pipe Fitters Union for many years. He also served as president of the Lowell Central Labor Council and a member of Local 537. David was a political and community activist for all things he deemed worthy and enjoyed following and engaging friends in discussions about local and national politics. He served for 10 years as a trustee for the University of Lowell and more recently on the School Building Committee for the Lowell High School Project. He was appointed to the city's Water Board in July, 2018 by Lowell City Manager Eileen M. Donoghue. David's application for the post reflects his view of the importance of public service. "When a member of the community serves on a Voluntary Board such as this, they do so, I believe, not for the income but for the outcome. With this in mind, I would humbly ask for a chance to pay back to Lowell some small portion of all it has given me over the years," he wrote, reflecting much about the way David lived his adult life, giving back to his community and to others less fortunate and in need. David was also instrumental and a community spark plug in the realization in 1978 of the City of Lowell as a National Historical Park. He loved to travel. In 2005, he took a trip to Ireland with his son, David, a lifetime dream fulfilled. He enjoyed spending time with family and friends, and led an active life. David was a member of The Harvard Club of Boston and a former member of the Lexington Historical Society. In addition to his wife, Marcia, David is also survived by his son, David J. Cunningham, Jr. and his husband, Patrick Accorsi, of New York. He is also survived by Dr. Brian Hearn of New York, Mighan Naujoks of Connecticut and Michael Hearn of Cape Cod; a brother-in-law, Kevin McGuire and his sons, Mark and Michael McGuire and his brother, Richard J. Cunningham, of Pepperell, MA, and sons, Sean, of Lowell, and J.A. Cunningham of New Orleans. He is also survived by nieces and nephews, Jen Mendes, and her husband, Scott of Methuen, Heather Lynch and her husband, John, of Lowell, Jonathan Wilkey of Lowell, Christian Wilkey and his wife, Jessica, of Lowell and Shannon McDonough and her husband, John, of Lowell and several grand grand-nieces and grand-nephews. He was predeceased by his sister, Susan V. (Cunningham) McGuire, of Lexington, who died in 1994. David and Susan had a special relationship and he always kept her memory alive. Memorial donations in his name may be made to: Doctors Without Borders USA, P.O. Box 5030, Hagerstown, MD 21741 or to: Special Olympics MA, 512 Forest Street, Marlborough, MA 01752. Visiting Hours: You are invited to his calling hours from 3 until 7pm on Thursday. On Friday, his funeral will begin at 9 a.m. at The McDonough Funeral Home, 14 Highland Street, LOWELL, 978-458-6816. His Funeral Mass will be offered at Immaculate Conception Church, 144, East Merrimack Street, Lowell at 10 a.m. Burial in St. Mary Cemetery. McDonough Funeral Home - Lowell 978-458-6816 www.McDonoughFuneralHome.com

When I was just 16 years old, I went for my driver's license test. It was a freezing day in February, almost 53 years ago. I ran to your house after my test and told you I was so excited! You told me you knew I would pass the test because you believed in me, you had faith in me......
That was such a long time ago....a lifetime ago, it seems.
We shared some of that lifetime together, and you were such a great dad to David, Jr. You were his role model, and he loved...

My condlences to the Cunnungham family
David and I were classmates through high school .
He was a great friend and classmate. His life was filled with so many people who liked and respected him. He will be fondly remembered.
An old classmate, Michael Rynne

To the Cunningham Family -

I graduated with David in 1962 and I truly admired him. Not only was he good looking, but he was smart and he was a true gentleman.

Please accept my sincere condolence at David's passing. I can tell by what I read in his obituary that he lead a happy and incredible life and truly enjoyed his family and friends.

So sad to hear about Dave's passing. He was a giant of a man in so many ways including his friendship. The good times that we had with Dave watching prize fights, football games and maybe having a beer or several are a great part of my Massachusetts years. I wish I could have one more outing with Tim Coravos, Mike Kelley and Dave. Rest In Peace big guy.

I met David in 1961 playing baseball at the old gas field on Walker St. We spoke last month. In between there were many great times. He gave me a world class education in honesty and loyalty. I will try to always deserve the faith he had in me. I loved him very much.

He was a great guy. He accomplished so much in his life but would always take time for his friends of which I feel honored to be one. He will be missed.