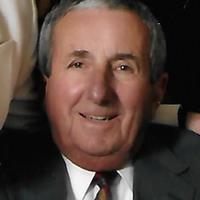 Dave is survived in life by his loving wife of sixty-two years Nancy Dowden, his twin daughters Deena and Joe Kelly (Franklin) and Teena and Rick Roland (Bargersville), his three granddaughters, Audrey Rairdon, Kate Kelly, and Natalie Rairdon, his sister Judy Rogers, nieces and nephews Anna Loftis, Tim Hubbell and Todd Hubbell, and several other extended family members. He was preceded in death by his son, Nick Dowden, his mother, Dorothy Dowden, his father, Frank Dowden, and his sisters Doris Hubbell and Helen Sims.

Dave has worked many jobs throughout his life starting with the milk route alongside his father. He worked hard for many years on the railroad and took pride in being a 9 year veteran of the National Guard. He is most popularly known for being a local real estate developer and owned and operated Lancer Reality for more than 50 years. Dowden was celebrated for his development of Commerce Park Drive and Northpointe Subdivision. Real estate however was not the only business Dowden started. He ventured into D&A Market, The Stop Light Game Room, The Franklin Health Club, and Nick’s Hook and Bullet which was run by his son Nick. He shared that love of self-employment with his children and grandchildren who he recently helped open Under One Woof, a pet boarding kennel in Franklin, Indiana.

Later in life Dave’s true passion has been spending precious time with his family and having laughs with friends. Every Monday night for many, many years Dave has played cards alongside his life-long friends with whom he also went on numerous Colorado Ski trips with. Dave loved that he had the ability to take his family on trips and loved nothing more than to take them to Disney World. Those who knew Dave describe him as being a hardworking man, generous to those around him, and someone who loved to crack jokes. He will certainly be missed by everyone.

All are welcome to attend and celebrate Dave’s life on Saturday, May 15, 2021 at 2pm at Flinn and Maguire Funeral Home, 2898 N. Morton Street (U.S. 31) in Franklin. Visitation will be from 10:00 am until the time of service at 2:00p.m. at the funeral home. Burial will follow at Greenlawn Cemetery in Franklin. Friends are encouraged to join the family after the burial at the Franklin Elks Lodge.

In lieu of flowers, donations can be made to The Franklin Elks, Lodge No. 1818, Cancer Research Fund at 56 E. Jefferson Street Franklin, Indiana 46131.

So sorry for your loss. Dave was a super man loved being around him. He was my landlord at one time years ago and was a great one!! Jenni Chambers Waters

I met Dave around 20 years ago.He had a beautiful blueprint of the house that was going to be he's last house to build for him And Nancy.He was very impressed with my carpenter skills and hired me to build it.He always made me fill so good.I did projects for Dave after that for many years.God bless your family.

I can easily count on one hand the people who influenced me the most in many ways. I always valued hearing his opinion and such. He will be missed.

My heartfelt condolences to all of Dave’s family and friends

I had a long-time business relationship with Dave and enjoyed our long (sometimes very long) conversations over activities at one of his properties and just about anything else that came to mind. He was quite the gentleman and I valued our conversations enough that he and I spoke last year - 3 years after I had retired from my position - spending more than a half hour talking, as always, on a range of topics.

I always enjoyed meeting with Dave for business or pleasure. He had a great sense of humor and love of family. Nancy, I sadly will not be able to make the celebration of life. May your many happy memories sustain you during this difficult time.

My introduction to Franklin, IN was by Dave. I will always remember him doing construction in the office that we are in today. He offered us a different home to start our Firm and encouraged us to get involved in the wonderful community of Franklin, IN. He opened his heart, his knowledge, his time and his friendship and for that, he will always have a special place in my heart. Truly a wonderful gentleman and I will miss him dearly. Prayers to the entire family and community of Franklin....

DAVID:: MANY MEMORIES...AND WHAT A GREAT PERSON ALL OUR LIFE TOGETHER...BOB WAYMAN