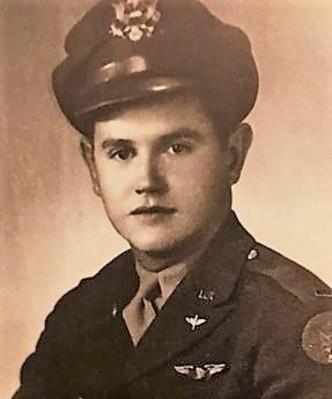 Not the right person? See All ›
AGE
95
LOCATION
Evansville, IN

David was born April 28, 1924, in Cleveland, OH, to Fred Emery, Sr. and Eleanor (Murray) Emery. He graduated from Aurora High School in 1941 and received his Bachelor of Electrical Engineering Degree from Lehigh University in 1947. David served his country in the United States Army Air Corps as a Navigator Bombardier for B29 aircraft. He was a member of Bethel United Church of Christ and sang in the church choir for 45 years. David was a Professional Engineer. He retired in 1990 from VMI Americas in Stow, OH and Citizens National Bank in Evansville. David enjoyed music, playing the clarinet with The Newburgh Old Dam Community Band and The Little Old Dam Band. He also enjoyed golf.

David is survived by his daughter, Barbara Harroun of Northbrooke, IL; son, Peter Emery of Evansville, IN; 11 grandchildren; and 10 great grandchildren.

He is preceded in death by his parents; beloved wife of 63 years, Jean (Frase) Emery, who passed away in 2012; son, Thomas Emery; daughter, Janet Deibel; and brothers, John Emery and Fred Emery, Jr.

Funeral Services and Burial will be private.

Memorial Contributions may be made to: Bethel United Church of Christ, Christmas Music Memorial Fund at 3029 N. Green River Road, Evansville, IN 47715 or The Old Dam Community Band, C/O Dan Schultz at 5211 State Road 261, Newburgh, IN 47630.

Condolences may be made to the family online at boonefuneralhome.net