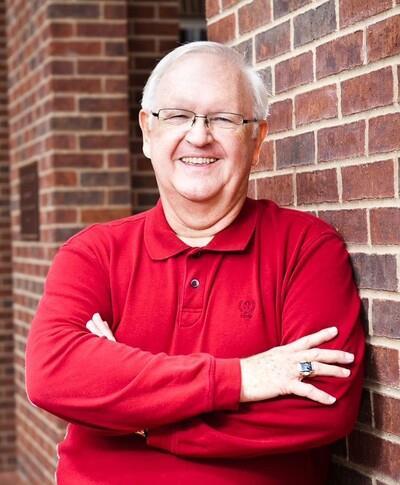 David Franklin Morris, 71, passed away Thursday, November 25, 2021 in his home in Hudson Oaks, Texas.  After a long fight with pancreatic cancer from September 2020, David moved from this world to his heavenly home on Thanksgiving Day.  What a Thanksgiving gift the Lord gave to him!

David was born on February 11, 1950 in Hope, Arkansas.  He was the youngest of five children born to Annie Louise Russell Morris and Jessie Franklin Morris (both deceased).  David graduated from Hope High School as an honor student.  He earned a BS in Education from Henderson State University in Ouachita, Arkansas.

David married Judy Brooks Morris from Alto, Texas in 1977, and they celebrated 44 years of marriage just a few days ago on November 19, 2021.

David was a member of Christ Chapel Bible Church West Campus, located in Willow Park, Texas with Matt Lantz as his campus pastor.  He and Judy attended the traditional service under Pastor, Ted Kitchens.

David’s hobbies were genealogy research and his wooden toy business, “Toys to Keepsakes.”   If you live in the Aledo area you may have purchased from him at local craft shows.  Additionally, he liked photography and music.

David was the best Dad to his sons, and boy did he love his girls, Sarah and Heather. However, his deep love as Pops to his six beautiful grandchildren topped all other.

David was preceded in death by his parents; his twin sisters, Pauline and Corene Morris; and brother, Carl Franklin Morris.

David is survived by his wife, Judy Morris; his two sons, Matt Morris and wife, Sarah, of Aledo, and Russ Morris and wife, Heather, also of Aledo; grandchildren, Lily, Hannah, Truett and Hattie (twins), and Brooks and Bryce (also twins); sister, Reva Jo Morris Ferris and husband, George, of New Braunfels; nieces, Kathy Ferris Bundt of New Braunfels, and Rosemary Ferris Semotan of Everton, Missouri; and numerous other family members whom he loved dearly on both his and Judy’s side of the family.

I am so sorry for your loss. He was one of my favorite customers! When he would come to the store, he was always so nice! I enjoyed getting to know him over the last few years. He always had a smile on his face. You will be missed Mr. Morris.