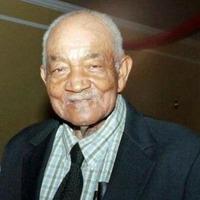 The graveside funeral service to be attended by the immediate family ONLY will be held Saturday, March 13, 2021 at 11:00 AM at the Macedonia Church Cemetery, Drayton Community, Vienna, Georgia.  Everyone in attendance is asked to please wear a mask and to practice social distancing.

He grew up in the Drayton Community of Vienna, Georgia.  At an early age he was introduced to the Lord and united with the Macedonia Missionary Baptist Church.  He was ordained as a deacon and served faithfully.  He was committed to serving and willingly served as Sunday School Superintendent and church treasurer until his health prevented him from doing so.  He was also a very active participant in the Southwest Missionary Baptist Association where he also served on several committees.

Deacon Bryant was a longtime farmer.  He also worked as  a Security Guard at Georgia Pacific in Vienna, Georgia and as a Bus Driver for the Dooly County School System.

i miss you granddad he was a great person

Caring thoughts are with you as we share this sympathy. I have fond memories of Mr. (Deacon) Jr. Bryant growing up and attending Macedonia Baptist Church at Drayton. Whenever I return home and attend services at Macedonia, Deacon Junior always makes you feel and at home. You can count on his for a peppermint or two. May forever live on in our hearts. Another link in the long standing of friendship between the families of Luella Beal and Bryant Family will be truly missed at Macedonia....

Mine thought and prayers are with you all

The DCHS Class of 1990 sends our condolences to our classmate Mr. Kenny Bryant as well as to the entire Bryant family. May God strengthen each of your during this difficult time. Remember that earth has no sorrow that God cannot heal. Our prayers are with you.

Mr. Jr is what the kids called him who rode bus 84-4, the grandkids of the late Will and Annie Eva Bryant would like to send condolences to the family. We all rode 84-4 and we will always cherish the memories of Mr. Jr. May God be with the family during this difficult time.

To the Bryant family,we were co_workers when were driving the school bus ,he will be missed by everyone who knew him.rest in peace and take your rest.we will keep the family in our prayers.

Never miss an update about Deacon Henderson. Sign up today.