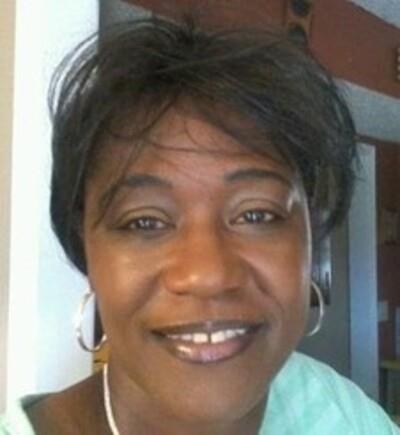 A Celebration of life for Debbie Louise Polk, 60, of Palacios will be on Saturday, September 19, 2020 at 2:00 PM at the First Baptist Church of Palacios CLC, 202 Main Street, Palacios, Texas 77465.  Rev. Leroy Monroe will be the officiant.  Burial will Follow at Palacios Cemetery in Palacios, Texas.

She received her education in Palacios, graduating from Palacios High School class of 1978. She is most willing to help others and her athleticism, as she excelled in sports, specifically basketball. She received a basketball scholarship to play at Temple Junior College (Temple, Tx) and Baylor University (Waco, Tx) where she still holds records. While attending Temple Junior College she met Bryant Polk and had 3 children.  After college continued to play and coach youth basketball.  In 1996, she went out to Los Angeles, CA trying out for the WNBA LA Sparks and later traveled with a semi-pro team from Houston, TX playing exhibition games at varies colleges in the South.

At an early age she gave her life to Christ and was baptized at Pilgrim Rose Baptist Church.

She spent many years in public education, where she was a substitute teacher working at schools in both Palacios ISD and Tidehaven ISD.  She later became an early childhood education teacher for Tri-County Head Start.  Her greatest joys were her grandchildren and she was fortunate to spend her kast years helping care for them.

She was a devoted mother and grandmother and leaves behind three children Adrianne Miller (Jay) of Pond Creek, OK, Allison Polk of Rosenberg, TX and Bryant “Scott” Polk of Palacios, TX.

Remembering our times at Baylor. Sic’em and Rest In Peace.

As the days and weeks pass, and as you return to life's routine, may you continue to feel comforted by the love and support of family and friends. May God bless you and keep your family in his loving arms. With great condolences
Wendel & Lynda Washington & Family

Cedric we are very sorry of the loss of your beloved Aunt Debbie. We will keep you and your family in prayer.
Much love The Campos-Wells family

I will always remember Debbie, my best friend in high school. Debbie was always there for me and all of our friends. She had a heart of gold and will be missed. May the Lord embrace her in heaven!
Love, Maria

Never miss an update about Debbie. Sign up today.