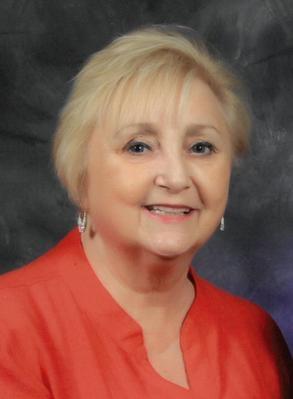 Born on September 10, 1949 in Nashville, Dianne was the daughter of the late Marjorie Quirk and Lester Toy and the late Robert Johnson. She married Harvey Boone on June 23, 1966 and together they had three children. She was a member of House of Prayer Baptist Church. Dianne began her career in accounting at the Army and Air Force Exchange and later worked over twenty-two years in accounting at Vanderbilt University Medical Center. She enjoyed reading, knitting blankets, shopping, and watching old movies. Dianne had a witty personality, always laughing, keeping you on your toes and joking around with others. She loved animals, especially cats. Above all, she was dedicated to her family and friends and cherished the time spent with her family. Dianne always made you feel special with her cute little wink and will be deeply missed by all who knew and loved her.

I love you and still think of you with a smile in my heart. You were a good friend to me.

My condolences to the family . May you find comfort in your treasured memories and Gods promise to return our loved ones who passed away in death . 1st Thessalonians 4 : 13 & 14 .

Dianne was a wonderful person, one of those special souls you'd be blessed to meet. Dianne, Shirley Borel and I worked together at Vanderbilt "get'n grants" day in and day out for our bosses. We won so many grant awards, our bosses called us "The A Team". Even though we all worked hard with plenty of overtime, it never felt like I was at work because the 3 of us had so much fun. I always looked forward to going in her office cuz we'd sit and talk and laugh and cut up....

Never miss an update about Diane. Sign up today.