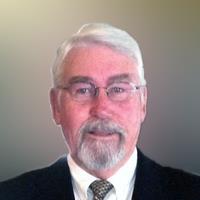 Dighton Kirby Ewan of Clarendon AR, passed away on Sunday, January 26, 2020 at the Baptist Health Medical Center in Stuttgart, AR at the age of 78. He was born in Little Rock AR on January 6, 1942 to James O. and Edith Kirby Ewan of Blackton, AR.

Education was extremely important to his family. Dighton was in the class room at the Banner School House at the young age of four. The family moved to Clarendon when he was in the sixth grade and he spent the reminder of his childhood in Clarendon, AR.

During Dighton time at the University of Central Arkansas he was a member of Phi Sigma Epsilon fraternity and he met the love of his life Patricia McIntire. Dighton and Patricia married on December 23, 1963 and spent the next 56 years together.

Dighton took the opportunity to work with and touch the lives of many of our youth through the years. He began teaching Biology at Newport High School and later worked as a Counselor at Tukerman and Bald Knob High Schools. In 1971 Dighton and his family moved back to his home in Clarendon where he became a Middle School Principal. In the mid-seventies he changed his career path to work full time in the agricultural field where he managed and sold farm equipment and farmed the family farm raising cotton, rice, soybeans and wheat.

After many years of agriculture business ventures he went back into education and continued to oversee the family farm. He was an administrator at Ouachita High School, DeValls Bluff High School and later return to Clarendon High School. After many years in administration, He received the opportunity to take the Director of Students Services position at Crowley's Ridge Votech School in Forest City, AR. Dighton retired in 2001 and spent his time managing the family farm and enjoying his family while making time to hunt and fish.

He was one of the reasons i stayed out of trouble at school. Dont get caught in the Hall or sent to the Office...you didnt want them problems...lol...He was fair and consistant and will be misses. Praying for the Family, Friends, Students and Teachers that will miss him.
Samuel Scott
CHS Class of 81

Each of you are in my Prayers. May God bless you with many memories that make you smile.

So sorry sending prayers for the family

Ms. Pat & family
So very sorry about Mr. Dighton. My prayers are with you all!

Sorry for the loss of your dad. Mr Dighton was a good man and will be missed. Prayers to you and your family.

What a wonderful person. My daddy always talked about you. RIP my friend

Love and prayers for Pat and family. He was a good man❤❤

Prayers for Pat and Julia. Rest in peace my friend and Phi Sig brother.

Pat, you are in my thoughts & prayers.

Never miss an update about Dighton. Sign up today.