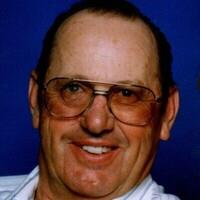 Our beloved father, teacher, mentor, and loving husband, Don Bentley was called home August 21, 2020. He passed away at home in the arms of his devoted wife, after a long and painful illness. Don was the youngest of seven children to Clyde Gillins Bentley and Marybelle Bulloch of Cedar City Utah.  At a very young age, Don grew a love for animals, especially horses. He grew up in Cedar City where he eventually learned his trade of meat cutting and found the love of his life, Patty Stratton.  They were married in 1963 and shortly thereafter moved to Las Vegas. Over the course of the years, their family grew to four children, a dog or two, several horses, mules, pigs, pigeons and a cow. After following Don's work to Lacey Washington, the couple purchased property in Yerington Nevada, where they settled down and raised their family. He truly loved caring for horses and for over 20 years Don was one of just a few horse trainers, and farriers in Mason Valley, NV.  In 1979, Don, Patty and their children were sealed as a family in the St George Temple for time and eternity. Don loved his family, reading a western book, a good old shootem up movie, and a cold Pepsi with salted peanuts. He enjoyed being a cowboy in his spare time. If he needed to think about some important item, he would saddle up and ride around the mountain. Later in his life, Don and Patty were temple workers in the Reno Temple. He has left his family, wife Patty, daughters Tammy (Dave) McLain, KayDawn (Quint) Hughes, and sons Patrick C (Joanne) Bentley, and Danny Don (Shelia) Bentley along with 12 grandchildren and 9 great grandchildren in the care of our Father in Heaven till we meet him again. Don was greeted on the other side with open arms by his parents and four of his sisters.  The family will be having a private memorial service in the near future. If you would like to leave a sympathy, please sign the guestbook at https://www.smithfamilyfuneralhomefallon.com

I am so sorry to hear of Don's passing. The last time I spoke with him was prior to our last high school reunion. He told me he wouldn't be attending but wanted to know how our other classmates were doing. Praying for your comfort, Patty.

Uncle Don was always in a good place, at least around me. Fun to be with. A lot of energy. I always felt comfortable around him. Hi s knowledge of horses, cows, mules, feed and such was very handy to my family when we tried the farming thing.
We were all saddened when he moved so far away from Cedar and took his family with him. We have nothing but good memories.
One in particular is when he brought a horse to Papa Jays when we we’re quite young and challenged Dad to ride it and...