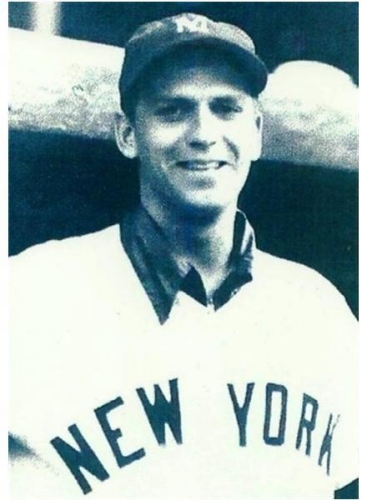 Not the right person? See All ›
LOCATION
Portland, Oregon

Johnson, Don 88 Nov. 12, 1926 Feb. 10, 2015 Don was born Nov. 12, 1926, in Portland, to Gus and Judith (Burklund) Johnson. He attended Kennedy Elementary School and Jefferson High School. At Jefferson, he excelled as a pitcher on Lindsay Campbell's baseball teams, attracting the attention of...

I had the pleasure of being Dons step grand - daughter. He married my grand mother Edna Johnson in the early 80's until her death in June of 1999 . He had so many stories , went to my sons baseball games and signed baseballs - which I think he enjoyed as much as my sons and their peers. He will always hold a special place in my hearrt❤

I had the sincere pleasure of being Don's caregiver this year. He was a funny man who had a lot of passion for baseball. I am very blessed to have known such a wonderful and popular gentleman. You will be missed dearly.

Yes, when we were younger I played baseball with Don Johnson in Portland, Oregon. We played together when we were very young, Don at 14 and I at 16 years of age. He was a pitcher and I played shortstop. I watched him improve from a thrower to a pitcher under the guidance of Lindsay Campbell, coach at Jefferson High School and in American Legion baseball. We played together at Alberta Park and Jefferson High School in 1941-42-43.

Always sad to hear of the passing of a former Baltimore Oriole. My condolences to his family. RIP Don

Those of us who saw Don pitch for old Toronto Maple Leafs remember him well over a few years. One of the best that our team ever had, Condolences to his family RIP

I remember Don while with the Toronto Maple Leafs in the International League. He was a terrific pitcher and I enjoyed watching the games that he pitched in.