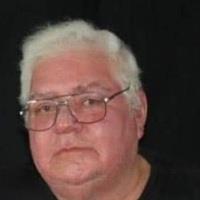 He was born January 25, 1944 in Parsons, Kans. to Pete Frederick Dunn and Emma (Kepner) Dunn. He attended school through the 11th grade and then began his work career. On July 3, 1962, he married the love of his life, the former Bertha Pease, in a ceremony in Miami, Okla.

He dearly loved his job as a farmer. He found great satisfaction is being outdoors and tending to his crops.  Being a farmer, spare time was hard to come by. But, when time allowed, he enjoyed hunting, fishing, and camping.

He is preceded in death by his parents; a grandson, Dewayne Dunn; three brothers; and one sister.

He is survived by his loving wife, Bertha of the home; three children, Buddy Dunn and wife Jessica, Brenda Adler and husband Jimmy, and Barbara Tirrell and husband Charles, all of Chetopa, Kans.; six siblings, Mick Burns, Roy Oakley, Rick Oakley, Raymond Oakley, Diane Johnson, and Mary Wheeler; 15 grandchildren; 19 great grandchildren; and 6 great-great grandchildren, with two more on the way; numerous nieces and nephews; as well as a host of friends.

The family will receive friends Tuesday evening, October 5, 2021, from 6-8 p.m., at the Thomas & Chenoweth Funeral Home in Welch. A graveside service will be held Thursday, October 7, 2021, at 2 p.m. at Oakhill Cemetery, Chetopa, Kans.

So sorry for your loss. He was a great man. He will truly be missed. May God wrap his arms around you and comfort you.

Never miss an update about Donald "Bud". Sign up today.