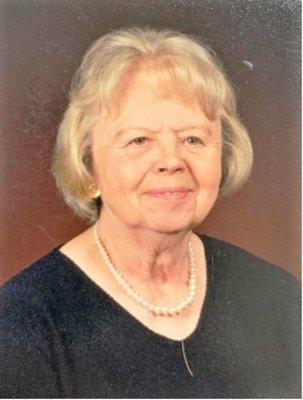 Louisville - Doris C. Scheller, 93 of Louisville, formerly of Evansville, IN, went to be with her Lord on November 27, 2019 in Louisville, KY. She and her twin sister Dorothy were born to the late Albert and Mary (Vogl) Lubbers on July 1, 1926 in St. Henry, IN.

She was a 1947 graduate of St. Mary's Hospital School of Nursing in Evansville. Doris worked as an RN throughout her career, working at St. Mary's Hospital ER for many years and retiring from the University of Evansville after 25 years of service. She then volunteered in the ER until she was 78 years old.

Surviving are her children, Greg (Debbie) Scheller of Louisville, Tim (Susan) Scheller of Crestwood, KY, Donna (Dean) McDonald of Indianapolis, and Marty Scheller of Louisville; grandchildren; April McDonald and Austin (Emily) McDonald, Joshua, Jeremy, and Sydney Scheller. Also surviving are her siblings, James (Ginny) Lubbers of Evansville, and Brenda (Bob) Overlin of Paducah, KY; and sister-in-law, Doris Ann Hume, Rapid City, SD. There are also a number of beloved nieces, nephews and many neighbors and friends that she loved.

Preceding her in death was her husband Theodore J. Scheller; sisters, Dorothy Bomba of West Lafayette, IN, Mary Lee Rogers of Alton, IL, JoAnn Uebelhor of Ferdinand, IN, and Esther White of Portage, IN.

Visitation will be held at Ziemer Funeral Home East Chapel, 800 South Hebron Avenue, Evansville, IN 47714 from 4-9 pm CST on Friday Dec. 6th and Sat. Dec. 7th from 11-12 noon CST. The funeral service will follow at noon with Father Ted Tempel officiating. Entombment will be at St. Joseph Mausoleum.

Condolences may be made online at www.ziemerfuneralhome.com.

Doris was a great friend and neighbor. We enjoyed good times together and I am going to miss her very much. Love and prayers,Juanita Wilson

Donna,
I will always cherish the fond memories of your precious Mother and the time spent at your home. I especially enjoyed our conversation when she celebrated her 90th birthday. Heaven has another angel named Doris.
I will keep you and your family in my prayers.
Love,
Maggie

I was so sorry to hear the news of Doris' passing. Doris was one of the finest people I have ever met. She was compassionate with everyone, devoted to her family and nursing.

We were neighbors for many years and have lots of memories of our time together. She will be missed.

So sorry for your loss. Aunt Doris was a wonderful person. Some of my best memories were spending holidays with her and her family. She will be greatly missed.

I was very lucky to have met Doris while delivering flowers to her the third Friday of each month. She always had the most beautiful arrangements sent by her family. I so much enjoyed our short visits & always looked forward to them. She always put a smile on my face & I always tried to do the same for her. She reminded me so much of my mother. I never knew of her illness because our visits were always about making each other happy. We spoke of family & at times prayed together. ...

An Angel has gain her wings you fought a good fight. The victory has been won. Your afterglow will remain with family and friends. In sweet loving memories of loving Mother. Our prays and thoughts are with the family and friends.

Never miss an update about Doris. Sign up today.