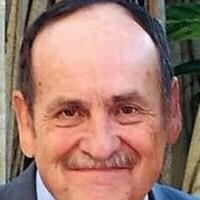 Doug graduated from Hirschi High School, and earned his Bachelor of Science degree from Midwestern State University in 1976.

Doug joined the Wichita Falls Police Dept. in 1977, at the age of 24, and worked as police officer while also obtaining a Master of Arts degree from Midwestern State University in 1979.

Doug went back into public service after law school, working as a Wichita County Assistant District Attorney, before going into the private sector, where he practiced both criminal defense and civil litigation for over twenty years.

Doug’s many accomplishments and contributions during his life include helping found Patsy’s House, a child advocacy center in Wichita Falls, Texas; serving on numerous civic organizations and boards; and becoming a published author.

Doug was preceded in death by his parents, and sister, Dr. Brenda J. Baker.

In lieu of flowers, the family requests that donations be made to Patsy’s House in his honor at https://patsyshouse.org/.

I remember Doug always doing whatever was necessary to take care of his younger sisters and ensure they were happy. One of the best memories is when he drove his dad’s old Willis Jeep in a Vacation Bible school parade for Eden Hills Baptist Church while Alice and I sang a made up tune and threw bubble gum to kids along the route!
Doug always loved helping others, and did do throughout his lifetime.

Prayers for courage, strength, peace and comfort for his family and friends as...

I always appreciated Doug’s support of Patsy’s House. Sending my prayers to his loved ones and family members.

Doug was a good friend and will be missed.

I went thru the police academy with Doug in 1974. We worked the streets
Many years before I moved on. He was a great officer and good guy. I'm sure he was a great attorney.
Doc Holliday.

Never miss an update about Douglas. Sign up today.