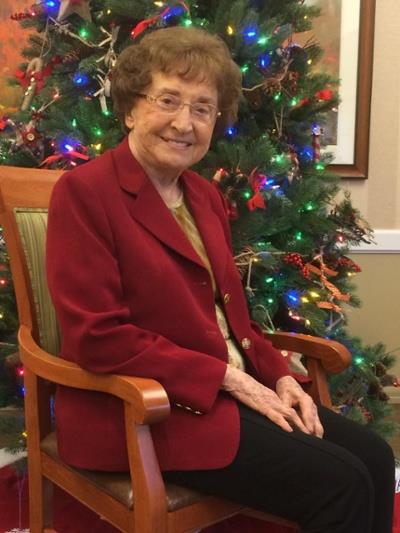 Helen graduated from Sheyenne River Academy in 1943, studied pre – nursing at Union College, Lincoln, Nebraska and continued her nursing education at Glendale Sanitarium and Hospital School of Nursing graduating in the class of 1947. She continued her studies over the years at Loma Linda University School of Nursing with Healthcare Administration and doctoral degree in Philosophy of Education Administration.

In 1949 Helen married Dr. Reuben Sprengel, the first wedding in the La Sierra University Seventh-day Adventist Church. The lived in Loma Linda, Glendale, and Escondido, California while Dr. Reuben continued his medical studies and residency while Helen worked as a nurse.

In 1958 Helen and Reuben received an invitation from the General Conference of Seventh-day Adventist to serve as missionaries to the Bangkok Adventist Hospital in Bangkok. Dr. Sprengel became Chairman of the Obstetrics and Gynecology Department and Helen, director of nursing services from 1958 – 1966.

In 1966 they moved from Fresno, California where Dr. Sprengel practiced his specialty with Doctors James Schooley and Elton Morel. Helen worked as an Assistant Hospital Administrator at Fresno Community Hospital, an Associate Nursing Service director at Valley Medical Center and in 1977 she became Chairperson and Assistant Professor of the Nursing Education faculty at California State University in Fresno.

From 1987 – 1995 the General Conference of Seventh-day Adventist invited the Sprengels to serve in Thailand for another 8 years.  Helen was requested to write the curriculum for a senior college to be built in Thailand. Since there were no moneys for such a project, she also served as the fundraiser for this project. This experience she wrote about in a book called, “God’s Miracle”. She authored another book, “Fleeing The Spirits”.

Mission College opened in 1990 and was government accredited in 1994 just in time for the first class to graduate. It was also debt free. In 2009 Mission College received University states and was renamed Asia Pacific International Adventist University.

These mission experiences were filled with love for the people and a delight in being class sponsors to nursing classes graduating in 1961, 1966, 1991, and 1995. While in Thailand, Helen created and directed English, Thai, and Chinese choirs, taught conducting classes in music, gave piano lessons to the missionary children and hosted guests untiringly in their home.

We lived next door to Reuben and Helen in Fresno. They were both fine people. It was brutally sad for everyone when Reuben died. We moved in 2010 and lost touch with Helen. I will always think of them both with fondness.

Helen and Rueben were dear friends whom we met while serving as missionaries In Thailand in the 60s and 70s. Helen was largely responsible in getting us to return to Bangkok in 2002-2004. Helen never seemed to run out of energy! It was not unusual to see her at a meeting and dashing off to another, sometimes on the back of a motorcycle, and then sitting down to a beautiful, gracious dinner in her home. As young pastors, with lots of energy, my good friend, Chet Damron and I did try...

To the person whose gift has touched so many lives bringing hope to many, helping them achieved their dreams

Never miss an update about Dr. Helen. Sign up today.