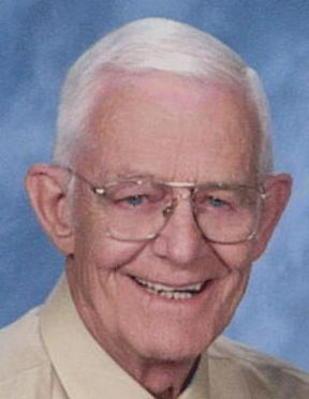 Dr. John Harold Smith, 91, passed away on December 28, 2017, at his home in Greenfield, Indiana.  He was born on July 14, 1926, in Danville, Illinois, the third child of Mabel Ost Smith and Willard Carlton Smith. His parents preceded him in death, as did his 3 siblings, Willard H., Howard E., and Mary Katherine Kase Bissell.

He graduated from Mishawaka High School in 1943, and began his studies at DePauw University in the fall of that year.  Military service interrupted his studies in 1944. He served until 1946 as a private infantry rifleman in the European Theatre, 3rd Army, and mustered out as a Technical Sergeant.  Returning to DePauw in 1947, he graduated in June of 1948.  In September of 1948 he entered graduate school at Indiana University, completing a Master’s degree in physiology in 1949. He was employed at the Fort Knox medical research laboratory from 1949 to 1950.   In 1950 he entered Indiana University Medical School, graduating in 1954, with honors.

He served a medical residency from 1954 to 1955 at Indiana University and Indianapolis City Hospital, followed by general practice in Greenfield from 1955 to 1964. In 1964 he served as Chief of Staff of Hancock Memorial Hospital, and also began a residency in anesthesiology at Indiana University Medical Center.  His practice of anesthesiology began at Henry County Memorial Hospital. From 1968 to 1970 he assisted with the development of the Intensive Care Unit at Methodist Hospital in Indianapolis.  Until retirement in 1991, he practiced anesthesiology at Community East Hospital in Indianapolis.

After retirement, he continued to practice medicine on a mission trip to the Ivory Coast in 1993, where he established a relationship with Dr. Felix Kohol.  From 1995 to 2013 he volunteered in clinics serving the disadvantaged in Indianapolis. His primary interest was the study of family medicine; he maintained active medical licensure from 1954 until his death.   He enjoyed flying, participating in general aviation from 1958 to 2015, actively flying until he was in his mid-80’s, and administering flight physicals to other private pilots until he was 89.

At the end of his very full life, Dr. Smith stated, “I claim service to God, duty, family and medicine.”

In lieu of flowers, memorial contributions may be sent to Wheeler Mission, 205 East New York Street, Indianapolis, IN 46204.

To the Family of Dr. John Harold Smith

May the loving memories that you have, warm your your heart and God's word comfort you, during this very difficult time in your life.

Dr Smith was a wonderful, wonderful man to our family for many years. I'm so sorry Joe. Barbara Gray

DR. Smith was a wonderful doctor for our family. I was 14 yrs. old at the time of him leaving & he was always caring, kind & humble with his big SMILE. Thank you dr.SMITH! God has a angel in heaven. Maynard Family(DEBBIE DRAke now STRAHL)

John Smith was always the caring, smiling gentleman. I remember his jokes and grin that was often accompanied by a pipe. His love for his family will always be remembered.

A great friend, we had great moments together and was like a father and grandfather to my children. He will greatly be miss by us all.

To the family, It is with deep sorrow that I wish I could be in Greenfield today. Doc Smith was my doctor from the time I was 10 or 11 years old and am now 72. He was my Ben Casey I loved him so much. Even though I am in Florida now we have always remained connected. We always had long talks about flying and traveling as I worked for USAir Ways for many years. I will always be grateful to Doc Smith and Dr. Melroy for thyroid surgery they did when I was 16 years old. I'm sure they saved my...

What a wonderful man and wonderful family. Dr. Smith was a role model for me for authenticity and character (and he could be a character!). I enjoyed his irreverent sense of humor as a Boy Scout leader. We had fun times playing with him in the German Band with his lederhosen and caroling in the cold snow in a brass band every Christmas. I am glad he had a long life and especially glad I had the chance to know him and his family.

Such a caring and giving man. I remember my mother talking about him writing "Paid in Full" on a bill one Christmas. Also how special he was to a patient at Community East.
Diann Quick Lasher, Lawrence In.

Never miss an update about Dr. John. Sign up today.