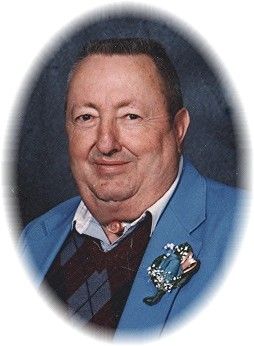 Funeral services for Rev. Dwight F. Crosby, age 78, of Clarinda, IA, who entered into peace Wednesday, March 31, 2010 at Goldenrod Manor, Clarinda, Iowa were held Monday, April 5, 2010 at 2:00 p.m. at the Ritchie Funeral Home, Clarinda, Iowa with Reverend Ed Simmons officiating. Visitation with the family was held 5-7 p.m. Sunday, April 4 at the funeral home. Burial was in the Clarinda Cemetery, Clarinda Iowa Memorials may be directed to the Free Methodist Church, Clarinda. Memories and condolences may be shared with the family on our website at, www.ritchiefuneralhome.com under Obituaries. Arrangements were entrusted to the Ritchie Funeral Home of Clarinda, Iowa. Dwight Frank Crosby was born July 19, 1931 in Franklin County, NE to Fay Walter Crosby and Alice Maria (Burton) Crosby. The final five weeks of Dwight's life were spent at Goldenrod Manor Care Center. At the age of 78 years, Dwight peacefully entered into rest on March 31st, 2010 surrounded by the love of his family. Dwight grew up around the Franklin and Red Cloud, NE area, attending several country schools. He attended three years of high school in Cowles, Nebraska and attended his senior year in Gravity, IA where he graduated. After high school, Dwight attended Bethel College in Mishawaka, IN, where he became a minister. On August 3, 1952, Dwight married the love of his life, Grace Yoder. To this union, they were blessed with three children, Rex, Rose and Richard. Dwight earned his living by spreading the word of the Lord. His first preaching assignment was in LeMars, Iowa, where he pastored for one year at the Free Methodist Church. His next assignment would lead him to Boone, Iowa where he preached for three years. In 1958, he and Grace, along with their children moved to Clarinda, Iowa where Dwight preached for ten years at the Clarinda Free Methodist Church. The Lord spoke to him and told him he had another purpose in life - that was to spread the love of God to young men. This led him to starting up the Crosby Group home where he and Grace mentored and loved "their boys" for twenty years. The Crosby Group Home was truly his passion and his love for helping others showed by the difference he made in the lives of so many. During this time, Dwight also was a school bus driver, driving bus #2 for the Clarinda Community School System. He later returned to the Church, where he pastored for another ten years. He retired for the first time for a five year stint and later returned for another nine year period. Due to his illness, he retired from his church for the final time in January, 2008. Preceding Dwight in death are his mother and father, sister, Dorothy Dietz, and brother, Donald Crosby. Left to cherish his memory are he and Grace's children, Rex Crosby and wife Vicki, Rose and Ed Simmons and Richard and Alice Osborn, all of Clarinda, his sister, Doris Purcell and husband Ed of Olathe, Kansas, his brother-in-law, Alfred Dietz of AZ, sister-in Law, Eula Johnson of Alma, NE, six grandchildren, eleven great-grandchildren and several other fine young men who were ultimately their "sons."

Never miss an update about Dwight. Sign up today.