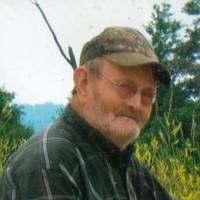 Not the right person? See All ›
AGE
84
LOCATION
Harlan, Kentucky

Earl Chappell, 84, of Big Laurel, passed away Thursday, December 26, 2019, at his residence. Born February 5, 1935, Earl was a native of Chappell, KY. He was born to the late John Witt and Barbara Chappell. Earl was a logger and believed in the Church of God faith.

Besides his parents, Earl is preceded in death by his wife, Alafair Williams Chappell; three sons, Oakley, Freddie, and Eddie Chappell; two brothers, Charlie Witt, and Harvey Green; and one sister, Lulisha Joseph.

Visitation for Earl will be on Friday, December 27, 2019, after 5 p.m. at the Little Laurel Bible Church in Chappell, KY. Funeral services will be conducted on Saturday, December 28, 2019, at 1 p.m. with the Reverend Nathan Boggs and the Reverend Kenneth Smith officiating. Burial will follow at the Brittian Cemetery in Chappell.

Family and friends will serve as pallbearers.

Harlan Funeral Home is in charge of arrangements.

He was a good person

So sorry for your lost. We love you all even tho we havent been around each other a whole lot over the years we are family and we are here for you all. My mom loved your mom and dad so much before she passed she talked of Alafair all the time.i always loved seeing Earl and Alafair we are losing a great generation. God bless

So sorry my prayers are with you at this time