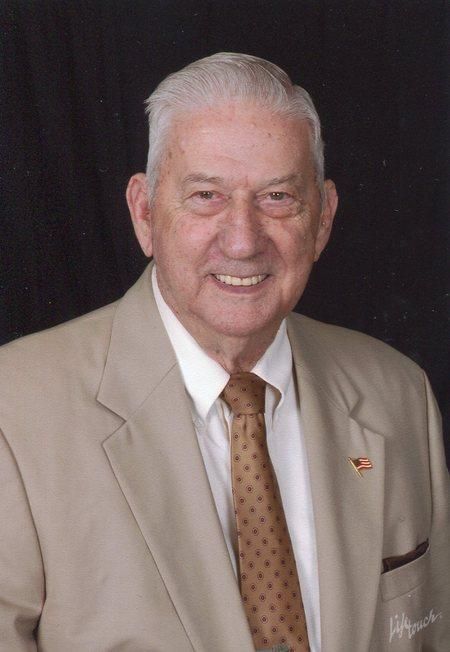 Earl C. Wetherington, Jr., 87, of Valdosta died on Thursday, February 7, 2013 at South Georgia Medical Center following a lengthy illness. He was born in Valdosta on September 29, 1925 and was the son of the late Earl C. Wetherington Sr., and Frances Keel Wetherington Hatfield. He lived a full and rich life and contributed so much to the Lowndes/Valdosta Community. He retired from the Marbut Company, Bass Hunter Boats and was Past-Chairman of the Lowndes County Board of Assessors. Earl was a veteran of the United States Navy and proudly served his country during World War II. Earl was a member of the Lions Club and a past member of the Board of Directors, member of the Valdosta Touchdown Club and past president of the Valdosta High School Band Boosters. He was a past member of the Board of Directors of the Jaycees and a member of the Traffic Safety Committee of the Chamber of Commerce for 40 years and also had served as Chairman. He was a past President and Board Member of the Kiwanis Club of Valdosta and was awarded the George F. Hixson Fellowship Award for his service in the Kiwanis Club. He also served as the Secretary/Treasurer of the Octahatchee Club for 21 years and he delivered Meals on Wheels. He loved God and First Baptist Church, his family, friends and his country. Earl loved to fish, grow and share beautiful flowers and share sausage he had smoked with his friends. Earl Wetherington touched so many lives and will be greatly missed by his loving family and all who knew him. Survivors include his wife, Mary Jane Bridges Wetherington of Valdosta; a son, Earl (Rusty) Wetherington III; son and daughter in law, William (Bill) and Davina Wetherington all of Valdosta; daughter and son-in-law, April W. and Charles DuPont of Newport News, Virginia; a daughter, Faith W. Swoger of North East, Pennsylvania; a daughter and son-in-law, Temple W. and Lowell Hammock of Valdosta; grandchildren and their spouses, Danielle Anderson of Palm Coast, Florida, Charlton and Jennifer DuPont of Virginia Beach, Virginia, Jes Stover and Seth Stover both of North East, Pennsylvania, Katie and Mark Warren of Erie, Pennsylvania, Blake Boswell of Jacksonville, Florida and Glenn Boswell of Valdosta; great-grandchildren, Loren Wolfe, Wilhemina Anderson, Penelope Anderson, Ashlin Stover, Aliyah Warren, Myles Warren and Nolan DuPont; a nephew and his wife, Howard and Dawn Slocumb of Homerville, a niece and her husband, Catherine and Stuart Moore of Valdosta, sister-in-law and brother-in-law, Benita and Dick Hall of Valdosta; great-nephews, David Moore and Stephen Moore of Valdosta. He was preceded in death by his father, Earl C. Wetherington, Sr., his mother, Frances Keel Wetherington Hatfield, his stepfather, Warren Hatfield, parents in law, Howard and Frances Bridges, sister in law and brothers in law, Susan and Henry Cannington, Bud Bridges. Services for Earl C. Wetherington, Jr. will be held at 3pm, Sunday, February 10, 2013 in the chapel of the Carson McLane Funeral Home with Dr. Phil West, Rev. Mac Weaver and Rev. Ron Hatchett officiating. The burial will follow in the Sunset Hill Cemetery. The family will receive friends on Sunday from 1pm until service time at the funeral home. In lieu of flowers memorials may be made to the First Baptist Church, 200 W. Central Ave., Valdosta, GA 31601 or to Hospice of South Georgia, P. O. Box 1727, Valdosta, GA 31603-9972. Condolences to the family may be conveyed online at www.mclanecares.com. Carson McLane Funeral Home.