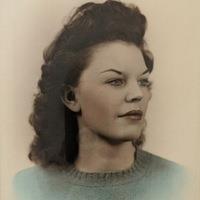 She was the daughter of Squire E. Davis, Sr. and Lucy Clara Davis who preceded her in death.  Earlene graduated from Tyler High School and then had several  business courses afterwards.  Her favorite job was as a cost accounting supervisor at Brookshire Grocery where she retired.  She was active in the Salvation Army Women's Auxiliary and the Tyler Woman's Forum.  She also served as President of the Texas A&M mother's club where she was active for many years.  Her longest church home was Marvin Methodist Church where she and her husband Mouzon Duncan, Sr. served  in the Chapel Class.

Besides her parents, she was preceded in death by brothers, Squire E. Davis, Jr. and Charles M. Davis and sister Hester Lee McCary.  Earlene was also preceded in death by three husbands,  MSG Kendall Taylor , whom  she married in 1942, and who was killed in WW11 in the Pacific in 1943.  She later married MSGT  Mouzon Duncan, Sr. who served in General Patton's HDQ's in Germany during WW11.  After his death in 1989, Earlene married SGT. Howard Latimer, who trained bombardiers and  did maintenance on B29 bombers during WW11.  She is survived by son, Mouzon "Rip" Duncan, Jr. and his wife Cathryn of Tyler; daughter, Pamela Kaye Starkey of Chandler; grandchildren, Barry Duncan of Tyler, Cherie Whitley of Youngsville, NC.  Emily Rich of Dallas and Monet Hale of Jacksonville, TX; great-grandchildren include, Kelsey Duncan and Abigail Duncan of Tyler and Stella Vaughn of Bullard , TX and also Grace, Chandler, Brent, Allen, and Faith Whitley of Youngsville, NC.

I am blessed to have had her in my life. Just like my dad, she loved me as her own even though I was adopted. I so wish I could have been there today to be with the family who loves her. Thankful one day, when He comes again, nothing will hinder us from being together!

In loving memory of a wonderful Aunt and Mother of my Cousins Rip and Pam. We will love you and miss you always.

Never miss an update about Earlene. Sign up today.