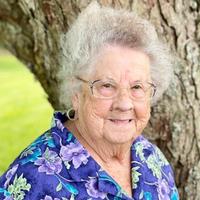 Born July 11, 1931, in Colquitt County, Georgia, she was the daughter of the late John R. Courtney and Urbie Flowers Courtney.  Mrs. West retried from GTE as a supervisor and was an active member of Pineview Baptist Church.  She enjoyed being involved in the Moultrie Senior Center where she wrote, directed, and preformed her own skits to entertain the people.  Not only was Mrs. Edna talented in her acting abilities she was very musically talented.   She loved her family, especially her grandsons and great-grandchildren, and will be truly missed by many.

In addition to her parents, she was preceded in death by her husband, Donald K. West; brothers, Eugene Courtney and Wendell Courtney; sister-in-law, Edith Courtney.

Never miss an update about Edna. Sign up today.