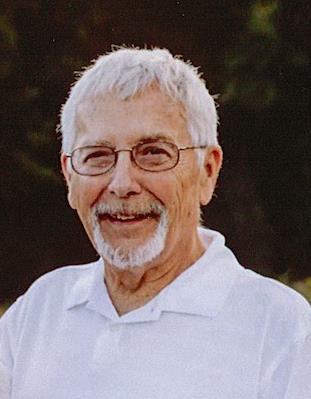 Not the right person? See All ›
AGE
81
LOCATION
Salem, Oregon

Salem - Ed Bashaw passed away on June 25th at his home while walking on his treadmill. He suffered with congestive heart failure for the last 10 years and fought it valiantly.

Ed was born in Bremerton, WA to Charlotte and Clarence Bashaw and was the oldest of 11 children: 3 sisters and 8 brothers. He lived in many cities in Oregon during his childhood and attended 8 different schools, eventually receiving his GED in the military. Ed served 4 years in the Air Force in North Carolina, several years as a long distance truck driver and 30 years as a diesel mechanic/maintenance supervisor for Winco Foods. He met Maxine Mucken in Mt Angel during their sophomore year in high school. They married at the age of 19 & 20 and were blessed to be together 61 1/2 eventful years. They welcomed and raised 4 children. Ed especially enjoyed their teen years teaching the children and their friends and neighbors to water-ski. He created various contraptions attached to the boat to help the grandkids learn how to ski. In 1974 he built the family home, often working all thru the night to get the job done and was fortunate enough to spend the rest of his days in that home.

Ed was a volunteer fireman at Middle Grove and Brooks Fire Dept for many years, served as Financial Secretary for Gervais Knights of Columbus and Sacred Heart Cemetery Committee. He was preceded in death by his parents Charlotte & Clarence, sister Pat Rowles and brother John. He is survived by his beloved wife Maxine, his children Lori(Russell) Leach, David(Sherrie) Bashaw, Kari(Mike) Stevens and Jackie Atkins. Grandchildren Jared(Georgette) Leach, Brandon(Jill) Leach, Derek Leach, Kelsey(Carl) Beyer, Katie(Jake) Hyde, Michael Bashaw, Dani Stevens, Arnold Atkins and Lily Atkins. Great-grandchildren Finnley, Brody, Dylan, Miri, Dominic, Conner, Travis and another expected in December. The family would like to send a special thank you to Ed's cardiologists in Salem and OHSU for all their brilliant handiwork - they gave him another 23 years of life experiences and memories. Also a big thank you to the 10 members of the Brooks Fire Dept that worked so hard trying to save his life. He is also survived by sisters Jo Ossenkop & Jeanette Bashaw, brothers Dan(Debi), Al(Charley) , Bob(Sheri), Jim (Sheila), Mike(Dorothy) and Bill(Terri) Bashaw. Ed will be greatly missed by many .

Visitation will be Tues June 30th from 2pm to 5pm at Unger Funeral Chapel in Silverton. A Rosary will be held Tues June 30th at 7 pm and Funeral Mass Wed July 1st at 11 am. Both will be held at Sacred Heart Catholic Church in Gervais. Unfortunately, due to the pandemic the bereaved family will not be available to accept verbal/physical expressions of sympathy before and after the Rosary, Mass and cemetery. All attendees must wear a mask. No reception can be held. A basket will be a able for those desiring to bring cards. In lieu of flowers, Ed's family suggest contributions to his highly loved Gervais Knights of Columbus, Council 5842. PO Box 222, Gervais OR 97026. We thank you very much for your understanding. Arrangements by Unger Funeral Chapel - Silverton.

Ed was a very vital part of our church and community. Serving on the board of the Gervais Knights of Columbus for over 50 years. Ed would often volunteered for a number of community events. He and Maxine attended numerous sporting events to show the kids their support and even a large number of them were not family members but it was important to the Beshaw's to be there for them. One of them was even my son David. Ed and Maxine would go watch his basketball games at Silverton just because...