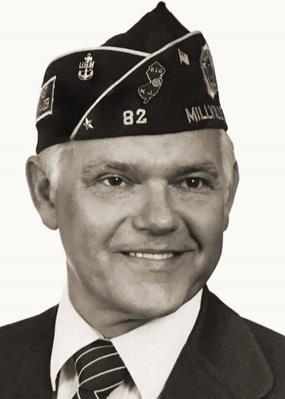 Edward Charles Smith Jr., 84, better known as "Mickey" or "Mickey the Mailman," of Millville, went to the "Big Post Office in the Sky" on March 23, 2020. After battling cancer for two years and eight months, he passed away at home under the care of his family and hospice.

Mickey was born into a poor family in Millville Hospital on June 15, 1935. He attended Sensor, Culver, and Bacon Schools, as well as Millville Memorial High School. Although he did not graduate, he remained connected to members of what would have been his graduating class, the Class of 1954.

In 1953, Mickey and his cousin, James "Jimmy" Everland, volunteered for the U.S. Navy. On April 12, 1954, they took a bus from Millville to Philadelphia, and along with other recruits, were bused to the United States Naval Training Center in Bainbridge, Maryland, for basic training. After graduating from Bainbridge, he attended the Commissary School at the U.S. Naval Training Station in Newport, Rhode Island. In 1956, he was assigned to the U.S.S. Macon (CA-132), a heavy cruiser, serving as a ship's cook. Mickey loved to talk about his Navy service. Among his many memories, he often recounted how he roasted ninety-five turkeys one Thanksgiving on the Macon. During his service, on November 9, 1957, he married his fiancée, Virginia Cook of Pleasantville, New Jersey.

After being honorably discharged from the Navy on February 24, 1958, Mickey worked in the cafeteria at Armstrong Cork Company in Millville. In 1966, he was hired by the Millville Post Office as a letter carrier. In this job, he bonded with his coworkers and enjoyed his interactions with the thousands of people on his routes, especially his Laurel Lake route. Mickey had excellent recall and knew the addresses of hundreds of people. If someone mentioned his or her name or the name of a relative, he would quickly tell them their address, often putting a look of surprise on their face. Mickey was no slacker and only called out sick from work a few times when it was absolutely necessary. He retired from the United States Postal Service on February 25, 1998.

In his youth, Mickey loved to play baseball. While playing for the Chiola Juniors, he once pitched a no-hitter against the Ocean City Centrals. He had a strong admiration for Al Chiola, the sponsor of his team. As an adult, Mickey managed Little League Baseball and all three of his sons played on his teams. His teams won back-to-back American League championships in 1975 (Heritage Bank) and 1976 (Shop-N-Bag).

Since February 1974, Mickey and his son, Barry, were avid collectors of World War II memorabilia. From November 2015, Mickey enjoyed working and speaking with people at their shop at the Millville Executive Airport, Smith & Jackson Military Antiques and Firearms. He was a devoted boxing fan and classic movie buff. Some of his favorite movies included It's a Wonderful Life, Robin Hood, and Scaramouche. He was a fantastic father who gave each of his sons their own wonderful life through his hard work and selflessness.

From his youth until his death, Mickey had a strong attachment to the City of Millville, and as an avid baseball fan, his love for the sport was bolstered by Millville's hometown hero, Mike Trout. He was a long-time member of the Nabb-Leslie American Legion Post No. 82 in Millville, where he was a Past Commander, House Committee Chairman, and Trustee; over the years, he always looked forward to going to the Legion to chat with his many friends. Mickey was also a member of the Cumberland Riflemen and the NRA.

Mickey is survived by his wife of sixty-two years, Virginia Smith, his three sons, Dr. Edward "Mickey" Smith III, Barry Smith and his partner, Michele Jackson, and Charles Smith, his wife, Nicole, their daughter, Madeline, and his brother, William Smith of Cedarville, New Jersey. He was predeceased by his brothers, Mark, Robert, and Cornell.

Because of the COVID-19 pandemic, a memorial service and celebration of life will be held at a future date, which will be published later. The night before Mickey passed, he told his family he wanted his friends to know how much he liked them and hoped that they would attend his memorial service and celebration. Mickey's cremated remains will be buried at Greenwood Memorial Park in Millville. In lieu of flowers, contributions can be made to the Nabb-Leslie American Legion Post No. 82, 220 Buck Street, Millville, New Jersey 08332. Mickey's obituary can be viewed online at rocapshannon.com and written condolences may be sent to [email protected].

What a wonderful tribute to a great guy. My son Patrick and I always enjoyed seeing you Dad over the last four decades at many militaria shows. We shared lots of stories about history and sports and enjoyed many fun dinners together. Mickey had a great sense of humor and an infectious laugh. We loved him and will never forget him!

Rest in peace, Mickey. Thank you for all the impromptu collection tours, all the information and education, and all the patience over the years. It is an honor to have known you.

My sincere sympathy to the Smith family, in the wake of Mickey's passing. He will be missed.

My condolences to Virginia and all the family.
Mickey was a neighbor for some twenty years and
talking with him was always an uplifting experience.
R.I.P.
Robert Charlesworth,Sr,
Ocala, Florida

He was a good guy, and always had something nice to say.

Always Enjoyed visiting with you and your family through the years and your generous hospitality..RIP Sir

To the children of Mickey Smith. I'm very sorry for the loss of your father. I found him to be a true gentleman. Kindly accept my deepest condolences and my heartfelt sympathy to the family.

Mickey you were the nicest Brother-in-Law.We will miss you Love Mary and Family

Never miss an update about Edward "Mickey". Sign up today.