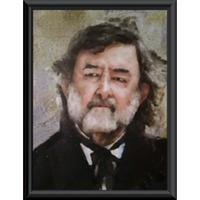 Edward “Eddie” Smith, age 74 of Tucker, passed away Saturday, May 9, 2020 at the Veterans Hospital in Temple. He was born June 9, 1945 in Wichita Falls, Texas to Richard Smith and Jessie Orlean Hamby Smith. Mr. Smith was a patent illustrator and worked as a computer draftsman where he worked for Texas Instruments. His interests included Archeology, Genealogy, and Geology. He was a member of Texas Top Guns. Mr. Smith served in the U.S. Navy from June 10, 1968 to May 12, 1972 and was a Vietnam veteran.

Memorial service for Mr. Smith will be held at a later date. Arrangements have been entrusted to Bailey & Foster Funeral Home.

Eddie, it has been too many years since I saw you at the Smith Reunion near Canyon Lake. I have been following you on Facebook and will definitely miss your posts. I am so sorry to hear of your passing, may the Lord comfort your wife, daughter and all the family with his grace.
Love,
Patsy Machen Pogue

I am so sorry to hear about Eddie's passing. We grew up together on the east side of Wichita Falls. Went to elementary school together and high school at WFSH. There were four of us that ran together when we were 13 to 16 years old. We lived in Sunnyside addition. Eddie was always the one who made you laugh. His sense of humor was very infectious. He had a very dry wit, when he said something, even with a straight face, it would crack the rest of us up. Although I have not seen him...

Hey Uncle. Will miss you for sure. Always enjoyed the crazy conversations and the sense of humor :) Rest in peace you will be missed.
Sincerest condolences to the family. Have not seen you all in such a long time. Please keep in touch.

I know I have never met Ed in person, but I feel I knew him. His humor kept us all laughing online. You will be missed by many Sir, Thank you for your Service, and may you RIP. My Condolences to his Family.

Really liked Ed. We never met in person, but I could tell, he was a good man. Will miss sending him "Good-nights".

Grandpa, I love you and I know you're watching over me. Rest easy.

I love and miss you already Dad