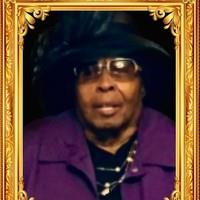 Mrs. Elizabeth McCullough Bridges, 89 of Charlotte, passed away on November 24, 2019 at Royal Park Nursing Home, Matthews, NC.  She was born February 10, 1930 and was the daughter of the late John Franklin McCullough and Lucretia Montgomery McCullough.  She was the last survivor of the triplets (Mary, Martha and Elizabeth) and the last of the 16 children born to the McCullough family.

Elizabeth was educated in the Charlotte-Mecklenburg Public School System and was a graduate of Plato Price High School and Carver College.

She was baptized as a member of Salem Baptist Church in Charlotte.  Later she became a faithful member of the United House of Prayer along with her husband, Elder H. J. Bridges.  Elizabeth served faithfully as a missionary, visiting and praying for members as she was able.

For the past few years, she has been a resident of the Royal Park and Rehabilitation and Health Center of Matthews, NC where she continued to pray for others as she was called upon.

Along with her parents and all of her siblings, Elizabeth was preceded in death by her husband, Elder Haynes J. Bridges.