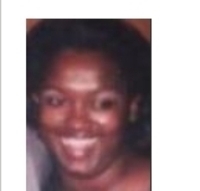 Elizabeth Hendricks 1951 - 2021
UTICA - Elizabeth (Cason-Mosley) Hendricks was born on October 14, 1951 in Camilla, GA to Willie and Eldora Mosely; she died on January 9, 2021.
At the age of three, Elizabeth and her family relocated to Utica, where she was educated and learned about her faith. She became a member and later an Evangelist of The Greater Holy Church of Jesus Christ. As an Evangelist, she was a woman of service, opening her arms and heart to those in need. Speaking the word but never intruding but guiding those in need.
With her gift of service, Elizabeth "Feenie" started on her new journey in the healthcare field. Elizabeth earned her degree and became an L.P.N., where she again shared her love of people. In January 1988, she received the first honorary award, the Mother of Lavender, for unselfishly giving to the people in need. She fed more than 150 people in their homes, never hesitating, always giving.
Elizabeth leaves to cherish her memories: her high school sweetheart of 51 years, William R. Hendricks, Sr.; four children, Tonya R. Petaway, Sonya R. Ezenekwe, Tamara D. Sampson and William (Rochelle) Hendricks, Jr.; siblings, Willie, Judy, Terry, Jerry and Gary; 27 grand and great-grandchildren; special family, Roy A. Hendricks and Sean C. Hagans, who always called her "Ma"; nieces, nephews, aunts, uncles; and other family members.
Elizabeth was predeceased by her father, Willie Mosley; her daughter, Tonya A. Petway; and four children.
Calling hours will be on Saturday, January 16, 2021 at 1:00 p.m. for visitation and service to immediately follow at T. Revels-Gibson Funeral Home, 144 Eagle Street, Utica, NY 13501. All Covid protocols must be followed.

Please accept our condolences for this amazing woman! Emil and Janet Paparella

My Deepest Condolences to the family and friends. Sending the energy of comfort and love during these challenging times.

Prayers to the Hendricks family and much love and support to Billie. I’m thinking of you...Ms. Scalise

Liz I wil miss you. I have so many good and funny memories to hold on too.
Bill and children know a part of her will always be with you. Love never dies.
May God comfort you and know that so many people are sending Prays and love your way. Berthell Bembry & Family

My deepest sympathy & condolences Bill and family, May God continue to give you strength. Be encouraged.
Tammy DeLoach Brown, Houston Tx

To the family. You all are in our thoughts and prayers always. Sis Hendricks(Feenie) was a big sister to me, and you all are a big part of my life. I wish I could be there with you all. When the tears fall, it's ok. When you just laugh at a memory, it's ok. When you go through so many emotions, it's ok. Take one day at a time and know that you can always count on God to be your comforter, strength, and your everything. We love you all, on behalf of your Boykin family.

So sorry to hear of the tremendous loss of your beloved "Liz." As a friend of you both for more than 50 years, and as a member of your wedding party on that chosen day of Holy Matrimony, I was so saddened by the painful news. I have never seen two people so joined in loyalty, companionship, admiration, commitment, and love. May She RIP, and may Her memories bring you comfort in the coming days.

To the Hendricks family my deepest sympathy for the loss of your beautiful wife (Bill sr.) Mother & relations, I knew her in high school and I was Teammates with your Dad
May the light of our Lord shine on
You at this time of need, May she Rest In Peace