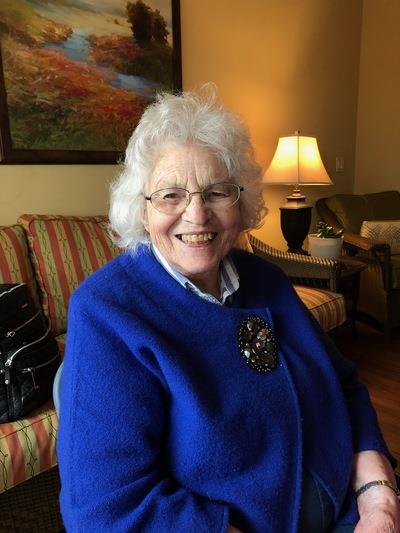 Elizabeth was born in Plymouth County, Iowa on April 13, 1930 to Henry and Maud (Taylor) Pierce. They moved to Wadena County, Minnesota in 1937. Elizabeth graduated from the University of Minnesota with a degree in home economics and was the second Extension Home Agent in Big Stone County where she met Leigh Schmidt. They married September 29, 1953 and farmed near Odessa for many years. Elizabeth also worked for the Expanded Food and Nutrition Program for several years as a 5-county coordinator in Stevens County. Elizabeth worked several other jobs over the years ending her career as a Medical Records Coder at the Stevens Community Medical Center in Morris.

Elizabeth’s hobbies included cooking, gardening, sewing, photography, and spending time with family. She was a member of the Federated Church of Morris, and participated in the quilting group. She was a member of many organizations, including Eastern Star, the Morris Area Garden Club, and volunteered at the Morris Senior Citizens Center.

Memorial contributions may be sent to the Alzheimer’s Association.