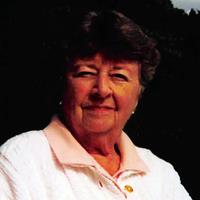 Ellen Mae Rennix, age 94, a longtime resident of Wheaton, IL, passed away on Monday, August 16, 2021, at Meadowbrook Manor in Naperville, Illinois.  She was born May 23, 1927 in Philadelphia, Pennsylvania to Victor and Mae Rennix.

Ellen grew up in Oak Park, Illinois and graduated from Oak Park High School where she met Richard Gravengood. They were married and had three children. She raised her children in Wheaton and then worked for Gary-Wheaton Bank. She later worked as a bookkeeper for The Hamlet Restaurant and in a medical office. She was also a volunteer at CDH.

She was a member of the Wheaton Sports Center since it opened. She enjoyed tennis and swimming. She attended Wheaton Bible Church and the First Presbyterian Church of Wheaton.

She enjoyed gardening, travel, and visiting with her grandchildren.

She was preceded in death by her son, Charles E. Gravengood, her brother, Edward Rennix, sister in law Joan Rennix, and her parents.

Services will be held privately.

Never miss an update about Ellen. Sign up today.