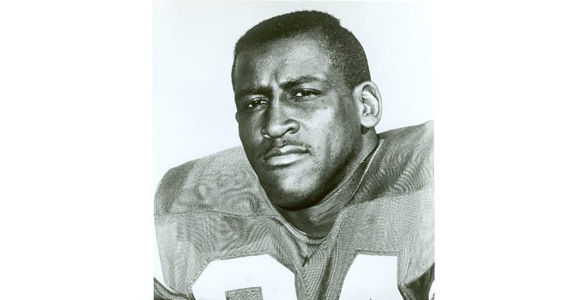 BUFFALO, N.Y. (AP) â€” Anyone who ever met Ernie Warlick couldn't miss the size of his hands. It's what earned the former Buffalo Bills star his nickname, "Hands," and helped him become among the forerunners of pro football's era of pass-catching tight ends.

Warlick, a member of the Bills' two AFL championship teams in the mid-1960s, died at his home in Williamsville, N.Y., on Saturday after a brief illness. He was 80.

His death was confirmed by Amigone Funeral Home in Amherst, N.Y. The cause of death was not immediately known.

Former teammate Booker Edgerson said Sunday that Warlick had spent part of the past two weeks in a Buffalo hospital after complaining about pain in his shoulder.

"He's going to be fondly remembered, and it was a great loss," said Edgerson, a former linebacker who first befriended Warlick in 1962 when they joined the Bills as rookies.

It was evident to Edgerson from the outset what made the 6-foot-3 Warlick stand out among most tight ends of that time.

"I remember in practice, he went up and caught balls that normally would not be caught. He had the height and everything, but he had these big hands," Edgerson said. "That was one of the things that everybody used to talk about. They'd say, 'Oh, man, did you see that guy's hands. His one hand is bigger than both of mine.'"

In four seasons with the Bills, Warlick finished with 90 catches for 1,551 yards and four touchdowns. He was a four-time AFL Pro Bowl selection and helped the Bills win AFL titles in 1964 and '65.

Warlick averaged 19.96 yards per catch in 1963, which still ranks seventh on the team.

Born in Washington, D.C., Warlick grew up in North Carolina and became a two-sport star at North Carolina Central University, where he also played basketball. Before signing with Buffalo, Warlick spent five seasons playing and both receiver and defensive back for Calgary Stampeders in the Canadian Football League. He was a three-time West All-Star.

When he arrived in Buffalo, Warlick immediately caught the eye of coach Lou Saban.

"Saban saw his athletic ability or catching the ball. Plus he was an outstanding blocker, and that's what they used tight ends for a lot back in those days," Edgerson recalled. "So Saban said, 'OK, let's stretch the offense and let's make the tight end part of our receiving corps.' And the rest is history."

Warlick caught an 18-yard touchdown pass from Jack Kemp to open the scoring in Buffalo's 23-0 win over San Diego in the 1965 AFL Championship game. Warlick played at a time when only a few tight ends â€” Hall of Famer John Mackey in Baltimore and Dave Kocourek in San Diego â€” were being used in receiving roles.

Warlick remained in Buffalo after his playing days. He worked as a television broadcaster before opening a hamburger stand and eventually landing a job as a sales manager. In 2000, Warlick received the Ralph C. Wilson Distinguished Service award, named after the team owner and honoring players for their service to the Bills.

Warlick is survived by his wife, Louise, three children and five grandchildren.

A visitation will be held at Amigone Funeral Home on Monday. A date for his memorial service has yet to be announced.

I was thirteen when I watched Ernie play....i still remember his greatness after all these years

Never miss an update about Ernie. Sign up today.