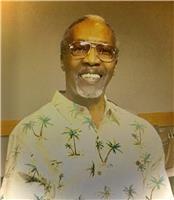 Not the right person? See All ›
LOCATION
Eagan, Minnesota

Farrell Terry, aged 84, of Eagan, MN passed away peacefully at his home on Wednesday, August 26, 2020, surrounded by family and friends.

Farrell was born July 6, 1936 to Mary (Livingston) and Hervie Terry, in Morley, Missouri. Sadly, his mother Mary passed away at a very early age. Farrell and baby sister Mabel thrived as they were lovingly raised in the care of their father's sister, Inez (Terry) and Bailey Brooks, along with their five children, John, Esther, Alfreda and Curllean in Mounds, Illinois. Farrell graduated from Douglass High and left southern Illinois to raise a family in Gary, Indiana. Farrell always had a job -everything from JC Penney shoesalesman, the elegant halls of Hotel Gary, to the gritty steel mills of Indiana.

In the mid 1960s Farrell followed his brother, John, to St. Paul, Minnesota with the promise of new and better jobs. He worked for Armour Meats in South St. Paul and established himself comfortably. In the late '60s he attended Antioch College in Minneapolis and made many friends, some musicians, some entertainers, and some social activists. Farrell could see there was a great need for workers in social service so he switched careers and began working in the Rondo neighborhood of St. Paul. He mentored youth at NYC (Neighborhood Youth Center - a Wilder Foundation program), counseled adults at the 606 Drop-In Center, did outreach through Model Cities, St. Paul Council of Churches,and Hallie Q. Brown Center. It was during this time that Farrell met two people that would change his life. He worked closely with a special man named Arnold P. Williams at the 606 Drop-In Center - they would go on to remain friends for life. Around this same time - 1973, Farrell met a young college student, Celeste Regnier - they also became ""friends for life!"" Their love grew stronger and they set up a household in 1974. For several years the couple enjoyed traveling, entertaining, and family reunions in Missouri and southern Illinois. Then Farrell decided it was time to think about and plan for the future.

In 1978 he changed careers to join Metropolitan TransitCommission as a professional driver and in 1981 Farrell proposed marriage to Celeste. They made their home in a quiet neighborhood in Minneapolis. Farrell enjoyed home ownership and spent time tinkering in the garage, building a dog house, and maintaining the yard. The children, Andre and Tasha Rose were born and family life and responsibilities became heavy. Farrell worked long hours in order to provide for the family and he knew he could not do this alone...he needed something more...something greater than himself. Farrell sought guidance from his long time friend, Arnold Williams who had become a pastor and founded River of Life Christian Center in St. Paul. Farrell committed his life and committed to raising his children and guiding his family in the Christian faith. For many years he actively served the church in several different ministries - church leadership, dramatic skits and stage plays, prison outreach, the world wide movement of Promise Keepers Organization, and Bishop Pastor Earl Gilchrist's 12 Step Group in Coon Rapids, Minnesota.

Towards the end of his career in public transit, Farrell stepped off the bus and into an office to work in the Transit Marketing Department. As a Data Collector he was able to work the city's busy streets in his own vehicle - all the drivers knew it was ""Terry"" checking on them in the big black GMC Denali. In 2009 Farrell retired from MTC with many fond memories and many stories to tell.

In 2011 life changed again for Farrell and presented a new level of challenge as he had major stroke. With his strong mental fortitude that he possessed and his unwavering belief that the Lord would not leave him nor forsake him...he pressed on. His family and friends supported him, loved him and prayed for his recovery. Soon Farrell and Celeste moved to Eagan, Minnesota, where he would be close to the family and new grand babies. For several years Farrell was able to enjoy family outings, even traveling again. In December of 2019 he gathered all his strength and joined the family for a week long trip of relaxation on the shores of Vanderbilt Beach in Naples, Florida.

Farrell possessed a strong, quiet presence and left a lasting impression on everyone he met. His quiet and reserved nature spoke volumes. His gentleness and peacefulness showed strength. His love for His Lord and Savior carried him through the ups and downs of this earthly life.

On August 26th, 2020 surrounded by family and friends, Farrell peacefully left us for his heavenly home. We celebrate his life here on Earth and know that he is now free communing with God. Family and friends, near and far, together remember his beautiful life and legacy.

May he rest in perfect peace.

He is fondly remembered by his loving wife of 38 years Celeste (Regnier) and their children Andre (Kayla) and Tasha Rose (Franco) and grandchildren Nora, Sylas, Rocco, and Isla Rose. Farrell's passing is deeply felt by his children from his first marriage: Darrell (JaNetta), Lamont, Melanie, and Carla and their children Darrell, Keon, Shawn, Dejuan, Nikki, LaTivia, LaTyra, Jamal, Diamond, DeMarius, Trevor, and Monte, as well as his siblings Mable, Queen Esther, Alfreda, John, Florence, Tina and Hervie. Farrell's legacy continues with 23 great grandchildren and 1 great great grandchild and a host of loving family and friends.

He was preceded in death by his parents, sister Curllean, Lorri Ann, Edwin, daughter Annette, son-in-law Jesse, and granddaughter Chavon.

I’m so very sorry for your loss, sending prayers of comfort your way.

My life was “enriched “ knowing Farrell

What an incredible man. We are blessed to have known him. Love and prayers to all of you.

My beloved, it’s been a month since you left us for your heavenly home. As you know our beautiful family has been taking good care of me and I am feeling loved and cared for. I know your spirit is always with me and I feel you near. We had half a lifetime together so it’s a bit easier for me - but our beautiful kids miss you terribly. I promise to keep your sweet memory alive, honey. I have sooo many stories to tell and about a million pictures to share - we all love looking at them!

Never miss an update about Farrell. Sign up today.