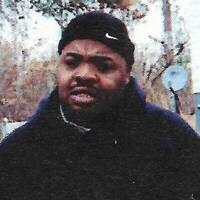 Don’t you rest until you find it,  There’s a bright side somewhere.”

“Junior, Junnie, Mitch or Mitchell.” as he was affectionately known, was raised in a religious and God-fearing home, and at an early age accepted  Jesus as his Savior, was baptized and joined the Union Meherrin RZUA Church under the pastorate of the late Rev. H. C. Wright where he remained a member, even during the time when he relocated from the area, until the time of his demise.

Junior attended Brunswick County Public Schools, graduating from Brunswick Senior High School and continuing his education at Southside Community College where his major course of study was in electrical applications. He subsequently relocated to Chesterfield, Virginia where he was employed as a Certified Plant Operator at the Chesterfield Waste Water Treatment Center until health issues caused him to retire in 2003 with over 10 years of service.

Junior was known for his love of ‘muscle cars’—red in color, had to be a V-8 with pipes roaring. His favorites were Mustangs and Camaros, and he kept them ‘country boy’ clean.  He was kind and loving to his mother,  family and friends; and especially to his only brother, Dennis as they shared a special  relationship—laughing, joking and kidding each other as only brothers can do. He will truly be missed by his many cousins, neighbors and friends.  During the latter years of his life, Junior had many challenging health issues, however during those trying times, we often remembered the sound of his father’s voice as he sang his favorite song ‘There’s a Bright Side Somewhere’ and this served as a measure of encouragement, comfort and promise of better days to come. Better days came on a Tuesday morning. Junior has now found his bright side, joining his earthly father, resting peacefully in the arms of his Heavenly Father.

He leaves to cherish his memory, his mother, Mrs. Lillie M. Mitchell and his brother, Dennis both of the home; one aunt, Mrs. Annie Johnson of Newark, NJ; one uncle, Earnest Alexander of South Hill, VA; his best friend, Melvin Newell of Brodnax, VA; and numerous cousins, friends and neighbors.

A Funeral Service celebrating his life will be held at 1 pm, Saturday, May 1, 2021 at Union Meherrin RZUA Church, Brodnax, VA.  Viewing will begin at 12 noon until the hour of the service.  All attendees must wear a face covering over the nose and mouth and practice social distancing.

Arrangements are entrusted to the professional staff of Oris P. Jones Funeral Establishment. 434.447.7158

Felton was my friend and classmate at Brunswick Senior High School the class of 1980. I always was happy to see him when we had class reunion. He was a very nice person and I always enjoy talking and laughing with him. Rest in peace Felton you will always live in my heart. May God bless your family and friends always.

My cousin Felton (Mitchell) and I went from first to twelfth grade together and we also went to SVCC. We shared many childhood memories. He will be missed greatly. My condolences goes out to My Aunt and his brother Dennis. May God bless the family and friends.

Never miss an update about Felton. Sign up today.