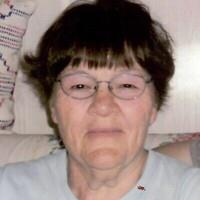 Berlin VT- Florence Emma Dudley passed away Friday August 6th, 2021 after a long period of declining health. She was born on Wednesday, December 19th, 1945 to David Freeman Dudley Sr. and Florence Elizabeth Bayliss. She grew up in Woodsville, NH and graduated from Woodsville High in 1963. She enjoyed quilting, sewing, knitting and was an avid reader. She also enjoyed baking from scratch. Her banana bread was the favorite of her kids and grandkids. She also loved to shop for kids in need at Christmas time. She considered it a privilege to be one of “Santa’s little helpers” She worked as an LNA for the NH State Hospital, as a secretary and other odd jobs. But her favorite was running the office for her long-time companion, Ken Alger Jr., when he had his two stores “Alger Carpet”. One in Woodsville, NH and the other in Bradford, VT. She and Ken started going to Arcadia, FL for the winter in 2002. In 2010 she moved there year-round until 2018. She was a member of the Women of the Moose in Arcadia. She volunteered for many of their weekly suppers as well as other fund raisers.

A celebration of her life will be held on September 19,2021, 11:30am at 28 New Rd, Newbury, VT to be attended by family and friends. Her ashes will be buried with Ken’s in Vermont.

An on line guest book is available to leave a message of condolence by visiting www.rickerfuneralhome.com

My deepest condolences to all

Never miss an update about Florence. Sign up today.