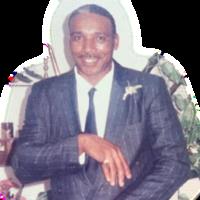 Foster Lee Golden, most commonly known as “Bopeep”, was born April 13, 1944, to the union of the late Lanie and Marie Golden in Shreveport, LA.

He relocated to Dallas, TX in 1964 and made a career as a steelworker for Fort Worth Steel CO and then on to Hensley Industries where he retired in 2005. He prided himself on his steel craft.

On Memorial Day 1986 he married the late Elaine Morgan- Golden who was the love of his life.

On any given weekend or at family events, Bopeep could be found playing his blues music with the car doors open. He also loved bringing out his electric guitar and amplifier to play a tune from his favorite artists such as Lightnin’ Hopkins, Bobby “Blue” Bland, and BB King. Often times he made up his own melody. He was always the life of the party. He loved his family and was a strong protector and provider.

Never miss an update about Foster. Sign up today.