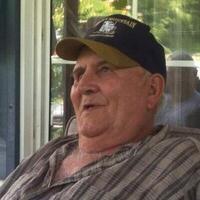 Franklin Ernest Tinnel, age 82 peacefully passed into the arms of Jesus July 27, 2021 at the Bowers Hospice House in Beckley with his devoted and beloved daughter by his side.  Frank was born September 25, 1938 at home in the fields beside Tug Creek to William Thurman and Annamae (Hamrick) Tinnel.  He was a member of Powell’s Mountain Baptist Church, in which he helped his grandfather build when he was a young boy.  On September 25, 2008 he was baptized in Powell’s Creek and made reference to what a blessing it was to be so near where he began his life 70 years ago.  He cherished the wilderness and grew up and undoubtedly knew it better than William Powell.

His 45 year work career began at 16 years old when he began logging with his Dad, Thurman.  In his own words he was a “Jack of all trades and a Master of none”.  He was a coal miner, logger, truck driver, mechanic, business owner and unofficial Mayor of Hookersville for several years.  He was in Dallas when JFK was assassinated  and crossed the Silver Bridge the morning it collapsed.  He worked for Jack Cline, Island Creek and Majestic Mining.  He was President of B and F Logging and taught many young men how to harvest prime timber, run chainsaws, operate dozers and skidders and respect the great outdoors.  He loved the woods and spent as much time as possible gin-“sanging”, squirrel and deer hunting, tracking honey bees and being one with nature.  He would coon, rabbit, bear hunt and fish occasionally but never missed the first week of gun buck season until his health declined a few years ago.  He even left a job once for deer season.  He had a passion for old jeeps and could rebuild a motor or transmission with his eyes closed.  He was a bee keeper and always raised a big garden so no one would starve to death in the winter and very generously shared his bounty with others.

He married Betty Vaughan-Loving September 13, 1958 and they spent almost 54 years together.  She preceded him to Heaven in 2012 and her spirit surrounded him in his final days at Bowers.  He was also preceded by his Dad in 1967, grandson Jared Craig Tinnel in 1982, sister Mary Crites in 2005, son-in-law Roger Cox in May 2020 and son Bruce Craig Tinnel less than 5 months ago.

Funeral services will be conducted 1 p.m. Saturday July 31st in the Waters Funeral Chapel at Summersville with Pastor Linn Schiefer officiating.  Burial will follow in the Frank Tinnel Family Cemetery on the family farm.  Friends may call at the funeral chapel on hour prior to the service on Saturday.

Never miss an update about Frank. Sign up today.