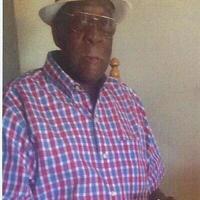 Franklin Perry Arrington (aka "Goodie") departed from his earthly life on Thursday September 3, 2020 at Chesapeake Regional Medical Center after a long illness. He was born on June 14, 1935 in Nash County, North Carolina to the late Edward Arrington and Mary Skinner Arrington. He was the seventh of nine children. Five brothers and two sisters (Pearlie Mae Arrington, James Albert Arrington, Mary Arrington Vick, Edward Arrington Jr., James and John Arrington) preceded in his death.

Frank spent his youth in Nash County, NC and raised his family with his wife, Dorene, in Hampton, VA. He spent the majority of his career life as a long-distance truck driver. He was an avid car and motorcycle enthusiast and he loved working on them in his spare time.

Frank, as grandchildren affectionately called him, was a light in many people's lives. He had a joke for every occasion and a big deep belly laugh to follow. He was highly regarded by his grandchildren and had a special nickname for each of them.

Viewing will be held Tuesday September 8, 2020 from 5 pm-7 pm at the funeral home. Service will be held at Greenlawn Memorial Park 2700 Parish Ave. Newport News, VA., Wednesday, September 9, 2020 @ 11am. Services are entrusted to Nickelson-Cummings Funeral Home.

Prayers with the family. Frank will always be remembered and never forgotten.

We send prayers of comfort and love to the Arrington family during your time of loss. Never forget the good times.

My deepest condolences to the Arrington family. Frank will missed dearly by his family that lives in Florida. He was an inspiration to all of us.

Never miss an update about Franklin. Sign up today.