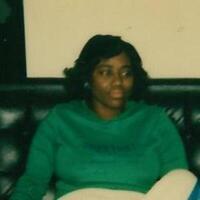 Frankye Lee (Davis) Bailey, 69 of Roanoke departed this life on January 7, 2021.  She was born on January 7, 1952 to the late Leo and Irbazinia Davis. Frankye was preceded in death by her granddaughter, Destiny Jones and special nephew Lonnie Davis, Jr.  Frankye was a graduate of William Byrd High School.  She went on to have a successful career in Management.

Those left to cherish her memory are  Roger Lee Bailey Sr., her loving husband of 49 years, two sons, Roger Lee Bailey, Jr. (Angela) of NC, Dwayne Bailey of Roanoke, one daughter, Petina Bailey of Roanoke, two brothers, Lonnie and Carvin Davis, two sisters, Lillian (Donald) Casey and Silvia Davis all of Roanoke, 10 grandchildren and 2 great grandchildren, Avery Muse and Terrell Holland who she considered an extra son and daughter, and a host of cousins, nieces and nephews.  Frankye was a joy to be around, known for her bluntness and sense of humor.  Once you left her presence you were either mad or laughing.

A private service will be held.Read More

To Bro and kids, we are deeply sorry for your loss. Praying that you all stay strong in knowing she is with her savior and looking down on all of us. She will be missed. My cuz. Punchy&Cookie- Family

Bro you have my condolences me and Frankye go way back to high school. We recently hooked back up thru our grand kids. Be encouraged praying for the family. Rita Greene

Family, my continued prayers for peace and comfort to each of you. May God bless in the days to come. Just lean on the Lord. He knows your pain and He alone will carry you through each day.
Love and Prayers, your sister-in-law and aunt, Zee (Sis) Bailey.

Sending My Condolences From The Divers Family

My sincere condolences for the loss of your loved one.

Never miss an update about Frankye. Sign up today.