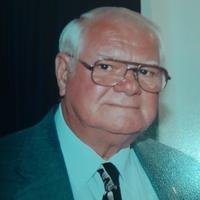 Polk, Freeman Fred, 88, of Dade City passed away Saturday, August 29, 2020. Mr. Polk was born in Wauchula, FL to  Fred & Lola (Raulerson) Polk, and was a resident of Dade City for many years. When in high school, he was a proud Wildcat that lettered in basketball and also played the trombone. He was a loyal husband of 66 years to Gwen and a dedicated father to their 4 children. He was a diverse businessman, who had several companies he owned and operated, which included Standard Auto Parts (NAPA PARTS), Crawler Rail and Roller (Heavy Equipment Parts and Service), Fort King Ranch (Cattle, Citrus, Sod, Dirt) and Freeman Polk Properties (Commercial & Residential Rentals). He was highly active in the Community as a member of Rotary Club, of which he was President for a term. He was also a founding member of the Dade City Hospital, where he encouraged several doctors to come and practice medicine, as well as, reside in Dade City. Whereas, he was a strong man of faith, he was active in the First United Methodist  Church of Dade City for many years, serving consistently on many boards and committees, which helped shape, build and grow the fellowship over the years. He enjoyed the outdoors by hunting, fishing, and riding around to check on the cattle (He was a member of the Pasco Cattlemen's Assoc.).  These activities usually included spending time with children and grandchildren.  He and his family had an open door policy to their home, and entertained many friends through the years. His love for his family, faith, friends and community was apparent to all who met him. He was preceded in death by his wife Gwen in 2017 and  his son Fred in 1999. He is survived by his children; Ray (Margaret) Polk of Dade City, FL, Tim (Sharon) Polk of Zephyrhills, Sandy Polk (Barry) Hayes of Lakeland, FL. and Daughter-in-Law Charlotte Polk (Richard) Back. 11 Grandchildren; Kelly Smith, Shannon Jeter, Justin Polk, Tommy Polk, Alicia Guanio, Michael Polk, Bobby Polk, Christian Polk, Timmy Polk Jr., Chase Freeman Oliver Simonds, and Chelsea Ryan. 23 Great Grandchildren;  Joshua, Makenna, Ty, Todd, Nathan, Cauy, Carly, Matt, Julie, Connor, Aiden, Savanna, Kaya, Houston, Hardy, Mason, Ella, Elijah, William, Brynleigh, Patrick, Savannah, and Izzie.

A graveside celebration of life will be held on Thursday, September 3, 2020 at 9:30 am at Enterprise Cemetery Dade City FL. It is suggested to dress cool and casual, as well as, bringing a chair. In lieu of flowers the family requests you consider donations to Freedom Community Church, 8745 Viking Lane, Lakeland FL. Pastors Barry and Sandy Polk Hayes or Enterprise Cemetery in c/o  First United Methodist Church in Dade City, Florida.

Freeman gave me my very first job right out of high school! He was one of the nicest men I ever knew. He was a gentleman who earned respect simply by being who he was. When his beautiful Gwen dropped by the office, he glowed! He loved his boys and he burst with joy when his daughter Sandy cane on the scene. Lovely man! He walked the walk!
Diane Pike Heiler

Thank you all for your kinds words. I will miss my dad, however, I would not want him to come back here. He is with my mom and my brother now, at peace and free from pain. His mind is whole again too. May his legacy live on through all of us left here. He touched many lives.

My thoughts and prayers go out to the family mr. Polk was always good and fair to me

I was Mr. Polk's 11-7 shift nurse at RONC. He was such a joy to care for. He was a good person, salt of the earth. He did not like the taste of his medicine so I gave him a peppermint after I gave him his pills every morning. I was kept supplied with peppermints by Vivian, and she made sure I never ran out. I will miss Freeman very much. May God's peace and comfort help his family through this difficult time.

My condolences to the family l worked for freeman for a number of years , he was a good man. BillBrannen

Mr. Polk was my Sunday School teacher at the First Methodist Church in Dade City when I was a child. He was a very nice man, and I remember him fondly. My condolences to his family.

Never miss an update about Freeman. Sign up today.