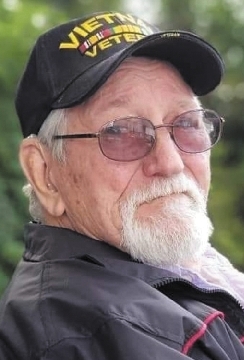 Not the right person? See All ›
LOCATION
North Platte, Nebraska

Gary Lee Bell, 78, of Brady, went home on Feb. 24, 2021, at Great Plains Health, surrounded by his family. He was born Sept. 12, 1942, to James and Leta (Kesterson) Bell in North Platte. He graduated from Hershey High School with the class of 1961. After graduating, he entered the U.S. Navy on Sept. 26, 1961, and served until he was honorably discharged on Jan. 20, 1966. After serving, he worked in the plumbing industry for 30 years, where he became a master plumber. He worked numerous other jobs and retired after 20 years of driving school buses for Brady Public School, which he really enjoyed. Gary was united in marriage to Carol (Kohl) on Dec. 26, 1963, and to this union, four children were born: Tracy, Judy, Christine and Shary. In 1978, he married Janeth Meyer and was blessed with two more children: Keely and Kasey. In 2009, Gary married Carol again. He was a member of the First United Methodist Church in Brady and the Wood Carvers Club of North Platte. He was a former Boy Scout leader for the Boy Scouts of America in Gothenburg. He enjoyed carving and woodworking, camping, attending auctions, but most importantly he loved his family. Gary was preceded in death by his parents; mother and father-in-law, Erroll and Myrna Kohl; daughter, Judy Griffiths; second wife, Janeth; brothers, James, Don, Bob and Bill; and sister, Alice Williams. He is survived by his wife, Carol; sons, Tracy and Kasey (Jackie); daughters, Christine (Kevin), Shary (Lafe) and Keely (Gene); grandchildren, Nathan, Keith, Megan, Jack, Jennifer, Jim, Christopher, Liz, Tish, Josh, Dalton, Tailer, Tre, Rebekah, Rachel, Joseph, Jacob, Kyle and Lindsey; many great-grandchildren and great-great-grandchildren; and numerous other family members. Memorials are suggested to the family. Online condolences may be shared at carpentermemorial.com. A memorial service will be at 1:30 p.m. Monday, March 1, at the Brady Community Center with Pastor Janie Freeman officiating. Burial of ashes, with full military honors provided by the North Platte Veterans Honor Guard, will be at Fort McPherson National Cemetery, near Maxwell. The service will be livestreamed via the Carpenter Memorial Chapel Facebook page. Carpenter Memorial Chapel is entrusted with arrangements.

Our deepest sympathy to the family from the North Platte Woodcarvers. Tom and Becky Gilbert

You will be missed by so many

Such a wonderful soul who will be missed greatly. I still have my turtle that you carved for me & I love it so much. When I see you in heaven I will be expecting my dog carving . Carol/mom I am so sorry that you lost your best friend. He will always be holding your hand & watching over you. Love you.

Never miss an update about Gary Lee. Sign up today.