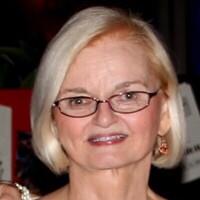 Gayle Clark Brandt, 73, of Las Vegas, was called home November 25, 2020.  She was born July 10, 1947 in Pomona, California, to Richard and La Verne “Vernie” (Laughter) Clark.  The family moved to Las Vegas, Nevada in 1957, where Gayle was a resident for the remainder of her life.
She graduated from Las Vegas High School in 1965.  After 23 years in accounting and auditing of various casinos, she became a successful Realtor for 16 years, until the housing market crumbled in 2008.  Being a person who never wanted to retire, in 2009 she became a TSA officer and absolutely loved it, saying “who knew a uniform was for me?”  When a leg injury finally forced her retirement, she described her work status as “presently retired and really disliking it”.
In 1980 she married Bob Brandt, a former high school classmate, who had two boys, Joey and Jeff Brandt, about 2 and 4 years old at the time.  She raised them like they were her own and they gave her five step-grandchildren who lovingly called her “Granny”.
Gayle is survived by her sister Nancy (Gerry) Gengler of Wenatchee, WA; 2 brothers:  John (Carol) Beckmyer of Missoula, MT, and William Beckmyer of San Diego; 2 sons: Joey Brandt of Las Vegas, and Jeff (Christina) Brandt of Apple Valley, CA, and five step-grandchildren.
Gayle had always requested that there be no memorial services for her; she wanted to be remembered as she was in life.  That memory is of a lovely, caring woman with very strong family bonds and the ability to be the dearest friend and confidant a person could ever ask for.  She was deeply spiritual, and although she suffered many difficult maladies in her life, she always told us not to worry… her Lord would take care of her.
Perhaps he took her home to relieve her 3-week hospital battle with double pneumonia, which ended with severe pain and eventual heart failure.  She is free of pain now, and with her mother Vernie.
Farewell, Gayle… until we meet again.

He Only Takes the Best

God saw she was getting tired and a cure was not to be, So He put His arms around her and whispered "Come with Me". With tearful eyes we watched her suffer, and saw her fade away, although we loved her dearly, we could not make her stay. A golden heart stopped beating, hardworking hands to rest. God broke our hearts to prove to us, He only takes the best.

Never miss an update about Gayle. Sign up today.