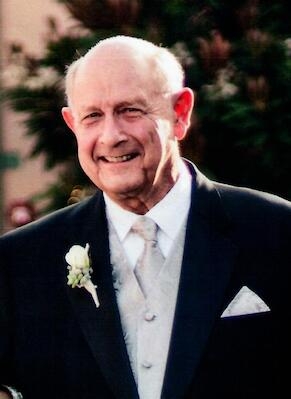 Not the right person? See All ›
AGE
87
LOCATION
Mesquite, Nevada

Mesquite - George Edward "Ted" Jones III, died on Father's Day, Sunday, June 21, 2020, at his home in Mesquite, Nevada surrounded by his loving family. He was born October 23, 1932, in Philadelphia, Pennsylvania to George Edward Jones II and Edith S. DeMott. In 1955, he married Marilyn Ann Johnson in Philadelphia. They had three children before she passed away in December 1969. In 1970, he married Helen Jean Baldwin in Merced, California. He adopted her two children and had one more before her death in March of 2008. Lucky in love a third time, he married Karlynn Sue Glieden in the Valley of Fire, Nevada on November 3, 2009.

Ted spent his early years in Philadelphia. He played football for two years while attending Trinity College in Hartford, Connecticut before returning to Philadelphia to attend the University of Pennsylvania where he earned his Bachelor's Degree. He then joined the US Air Force as a pilot in the Strategic Air Command. During his career as a pilot, he flew all over the world, and spent a lot of this time stationed in Guam. For Ted, flying into Guam "felt like coming home."

After his military service, he settled in Merced, California, where he went into business starting his own restaurant, "The Bar BQ Pit." Upon his retirement from the restaurant business, he settled in Mesquite in 2002. He always enjoyed flying and golfing. He enjoyed being in the kitchen and everyone loved his pies, toffee and peanut brittle. He will be remembered as a loving and supportive husband, father and grandfather. "Everyone wants a Ted!"

Private Memorial Services will be held at a later date. Friends and family are invited to sign our online guest book at www.virginvalleymortuary.com