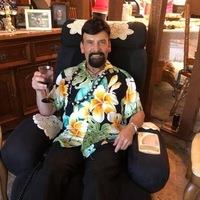 German was born March 27, 1958 in Cali Colombia. He attended private Catholic school until university and graduated from Jorge Tadeo Lozano Universidad in Bogota, Colombia in 1981 with a 5 year degree in agricultural administration.

Following his graduation in 1981 from University, he moved to Houston, TX from Bogota, Colombia. He began working as a wire man for a company called IPC in 1981. He began working for Toshiba in 1988 where he remained until his passing while climbing through the ranks.

He reconnected with Patricia Collazos through a family member in 1986 and they married on December 27, 1987. They remained married for almost 35 years until his passing. His first son was born in 1988, his daughter 1989, and his youngest son in 1994.

German was an avid gardener, athlete, and loved a good time. He ran countless fun runs, half marathons, marathons, ultra marathons, and a few handfuls of 100 mile races. He completed his first Ironman triathlon in 2013 and proceeded to compete in half and full Ironman races until 2019. He had a passion for plumarias and even created a few of his own varieties. He was an active member of the Plumeria Society of America for approximately 10 years. He had a home full of plants and a yard that he would tend to diligently. He will always be remembered having a glass of wine in his hand and facilitating a party for everyone.

Family that have passed before him his parents Hector Collazos and Mary Santos.

You will be missed German, it was a pleasure to have crossed paths with you. God bless your family in these though times.

German was quite a guy. The short amount of time I knew him I realized he was quite a character and in reading his life story he was a very talented individual as well. Iam in shock at suddeness of his death. He had been through alot this year I have learned.
My condolences and prayers to his family.

My condolences to the Collazos family and know German will be well remembered by all.

You will be dearly missed my friend; you were such a Blessing to know and you always had a smile on your face and you were always such a positive person to be around; the miles we ran on the same races were alwasy so much fun and seeing you at Ironman Texas over the years was such a Blessing; you will be dearly missed my friend but I know you are in a much place and you celebrated life to the fullest!!!!

German, you were always so kind and just a joy to know. I am so sad that we all have to be here without you. Peace to the family. I know God will guide German on his journey to Heaven.

I’m so sorry for the families loss. Mr. Collazos was always a cheery and fun guy to be around, not to mention a great cook. I will never forget the time that he made an amazing dish of paella on his Big Green Egg! He will be missed.

I will remember Germán as a man who lived his life to the fullest, achieved his dreams and goals.
Germán now you are in the gardens of God surrounded by your beautiful plumerias flowers. Rest in peace dear friend.

My condolences to the Collazos family and our fellow running community. German and I ran many, many miles together throughout our 20 year friendship. We ran California, Colorado and in our local races in Texas. We celebrated with many, many beers, too. He always greeted me with a smile and positive energy. He was a good person all around. May you run in paradise forever Buddy. Thank you for the great times. I’ll always remember you when I’m on a trail somewhere.

Never miss an update about German. Sign up today.