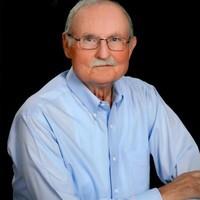 Glen Roy Dill, 78, of Pilot Point, TX, passed away Wednesday, December 25, 2019 in Pilot Point, TX.  Glen was born July 22, 1941 in Rush Springs, Oklahoma to John L. and Willie (Moody) Dill.  He married Cheryl Patterson on November 4, 1966 in Durant, OK.  Prior to retirement, he was employed at GTE for 32 years as an installer/repairman.  Glen had a servant’s heart.  He served his country in the United States Army, and his community as a member of the Pilot Point Volunteer Fire Department, the Texas Baptist Men’s Disaster Relief Team, and the Calvary Baptist Church Brick Laying Missions Team.

A memorial service will be held at 1:30 PM on Sunday, December 29, 2019, at Calvary Baptist Church in Pilot Point, TX with Roger Greer officiating. Online condolences may be shared at www.slaymemorialfuneralhome.com.

Arrangements are under the direction of Terri Slay and Slay Memorial Funeral Center.

Sorry to hear about Glen. Always enjoyed his friendship. We retired at the same time. Remember him coming to our 50th Anniversary. Our condolences to the entire family.

Thoughts and prayers are with you all

Sympathy from my family to yours. Glen has been one of the kindest men I've ever known. I always enjoyed spending time with you all and have fond memories of the good husband, father, and servant to God he was.

Oh, Angie, I am so very sorry. Just learned that you have lost your dad. May God comfort you and your family. He had to have been a fine man to have a daughter like you.

Daddy Dill you always welcomed me into your home and treated as one of yours thank you. You are truly loved and will be missed. Prayers for your amazing family. We all know your are at peace. We will meet again one day.

I am so sorry for your loss, Cheryl. Prayers for you, Angie and Tisha. Love to you all. kk

Angie, we are thinking of you at this time and are praying for comfort & strength for your Family.

Never miss an update about Glen. Sign up today.