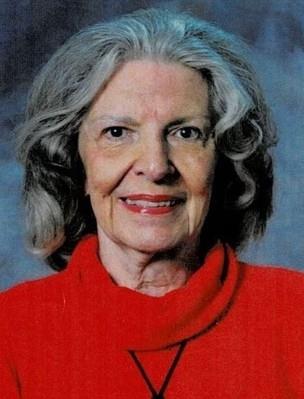 Gloria Preston OlsonNashville - Olson, Gloria Preston, Age 86, of Nashville, TN passed away on Nov. 30, 2019 in Murfreesboro, TN. She was born in Protestant Hospital (Saint Thomas Midtown Hospital), in Nashville, TN on Aug. 10, 1933. She graduated from Hillsboro High School in 1951 and then...

Culinary Classics was the first cookbook I ever bought - in college. It is now duct-taped together and the pages are marked with evidence of the many times I made chicken curry, lemon sauce, beef bourguignon. My daughters grew up knowing this cookbook. And the Vichyssoise is perhaps the most requested recipe frim their friends who grew up eating it at my house. It is what they make and freeze when someone has a baby. I have been fortunate to travel extensively in my career and often think...

Thank you Laura and Gail. Our Mom mentioned you both often enough that I definitely know your names. She definitely appreciated the Christmas cards the last few years she received them. We moved her here to Murfreesboro the summer of 18 so I could visit her every week. She was a great Mom and taught us well...besides cooking of course!

I was a cooking student of Gloria's at the Cook's Nook and later in her home . As a former flight attendant , I was able to join Gloria on many of her culinary excursions around the world looking for the most authentic recipes of the region. She had a keen sense of adventure, courage , and tenacity to find the best meal whether in France , India , or Nepal. I thought she was the most fascinating person I had ever known . I still treasure her cookbook Culinary Classics.
With sympathy,...

I am so very very sorry for your loss. May the love of the Lord Jesus bring comfort and peace in the days ahead. Deepest sympathy to all the family.

Gloria was a remarkable person in many areas as shown in her obituary. We met while attending Watkins Institute in the 1960s taking their courses. and continued our friendship through the years. Although after moving to another state, we visited together when I came to Nashville.

Never miss an update about Gloria. Sign up today.