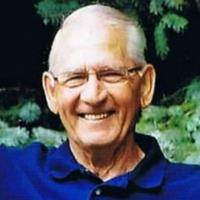 Harlan was married on October 28, 1961, to Betty Lou Wentler at Immanuel Lutheran Church, Shible Township.  One month prior to his death, they celebrated 60 years of marriage.  This union was blessed with 3 children Bradley, Gregory, and Dawn.

Harlan worked most of his life on the family farm north of Appleton.  He spent time raising milk cows and then beef cows.  After he retired from farming, he worked at Appleton Area Health helping out with maintenance.

He was preceded in death by parents John and Edna Busse; sisters: Loretta Hintz and Lois Koosmann, brother, David Busse; and a stillborn brother Busse.

Blessed be the memory of Harlan Busse.

I’m sorry to hear of Harley’s death. I will always remember his smile. It was room brightener. And always asked how things were going.

My sympathies go out to you.

Never miss an update about Harlan. Sign up today.