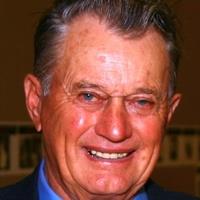 Memorial services, where all friends and family are invited, are tentatively planned for 2:00 pm Tuesday, July 7, 2020 at Central Baptist Church, Sioux Falls, SD.

Due to COVID-19 restrictions, a private family service will be held next week with burial and military honors at Rosehill Cemetery, Parker, SD.

Harlan Lee Olson was born on September 15, 1928 near Parker, SD to Harvey and Grace (Getman) Olson, the family name was changed from Hielgeson to Olson when his grandparents immigrated from Norway.  He grew up seven miles north of Parker until 1941 when his family moved to the current family farm north of Chancellor, SD.  After attending country school at Spring Valley District #6 and District #3, where all five of his children attended, he went on to Parker High School.  From 1950-1951 he was activated from the National Guard to full-time duty during the Korean War.  After employment with John Morrell and Ivan Hagen Excavating, he took over the family farm when his father retired.

On June 6, 1954, he was united in marriage to Evelyn Wollman at Parker.  He lost Evelyn to cancer in 1984.  With his knowledge and passion for excavating, he started Olson Excavating as a side business.

On October 25, 1991, he was united in marriage to Delphine (Koerner) Kurtz and they built a new home in 1993 at Country Acres where they enjoyed entertaining family and friends.

His faith in Jesus Christ was the center of his life. In the spring of 1975, he committed his life to Jesus at a lay witness weekend at the United Methodist Church in Parker.  He was instrumental in starting Celebrate Church of Sioux Falls in 1999, having been a charter member.  Throughout the years he served on many church committees and boards. He lived his faith by helping others.

Harlan was active in his community, having served on the boards for Home Township, Parker School District, Chancellor Bank, FHA and the Country Acres Road District.  He also was a longtime member of the Chancellor American Legion Post 283.

Being a man of diverse interest he enjoyed a variety of activities. They included the following: hunting and fishing with his sons, birthday celebrations, annual Olson campouts, and vacationing to see family and friends.  He enjoyed the "The Four Best Days of Summer" otherwise known as the Turner County Fair, watching Twins and Vikings games, playing pinochle, the MS 150 Mile Bike Tours. Harlan especially loved ballroom dancing plus square and round dancing.

Harlan has had a passion to further the kingdom of Christ, a fund has been set-up to support youth to attend church camps, spiritual retreats and events to deepen their walk with Jesus. In lieu of flowers, memorials may have checks written to the Olson Family Faith Fund or be sent to the South Dakota Community Foundation at PO Box 296, Pierre, SD 57501 where the fund will be established.

Our thoughts and prayers are with the family during this time of great sorrow and great joy. Harlan's passing is hard for us to prepare for, but his life and legacy have many wonderful moments that many can keep in their hearts and know he is in a better place.
Our memories of Harlan were that he always had a smile on his face. Specifically, we remember seeing him at many veterans and memorial day activities. This time of no gathering on Memorial Day makes me think of him as he was...

Harlan's family our thoughts and prayers are with you all it is always hard to lose a parent but especially at these difficult times when we can't gather. Know he will always be in our hearts. God's Blessings.

So very sorry to hear about Harlan. Had many great times together! Thoughts and prayers to friends and family!

Harlan was a very fine man. Eternal rest grant unto him O Lord, and may the perpetual Light shine upon him. Thoughts and prayers to all the family.

Harlan will be missed by many. It was a blessing for us to have known him. Sorry for your loss Del and family.

Dear Family of Harlan Our thoughts and prayers go out to all of you. It was always a pleasure to have his mom and dad to stop and see us in California as well as Harlan and Evelyn and Barry and Kristie too. It always was good to see someone from South Dakota. Then too the coffee,s when we came home to visit. Friends are very special and God Blesses each one . We will all see one another in heaven! What a wonderful promise we have. Praise the Lord! Our Prayers! Lee and Merna Pirlet

What great memories I have as a first cousin of Harlan and special memories too for Evelyn as both my teacher and wife of Harlan. The summer of 1957 I worked for and with Harlan on the family farm. The farm work seemed almost endless yet we had some moments of smiles and laughs. Cultivating was a big project at that time and getting mired in the mud after heavy rains proved challenging as we pulled the DC Case out of muddy areas.
Boy could Harlan cut some neat moves on roller...

Del and family: From our
Family to yours. We are thinking and praying for you. Harlan and Del always had a welcome For us when we first started attending Celebrate church. And a lasting friendship it remains, till we meet again Harlan. May your legacy live
On.

Never miss an update about Harlan. Sign up today.